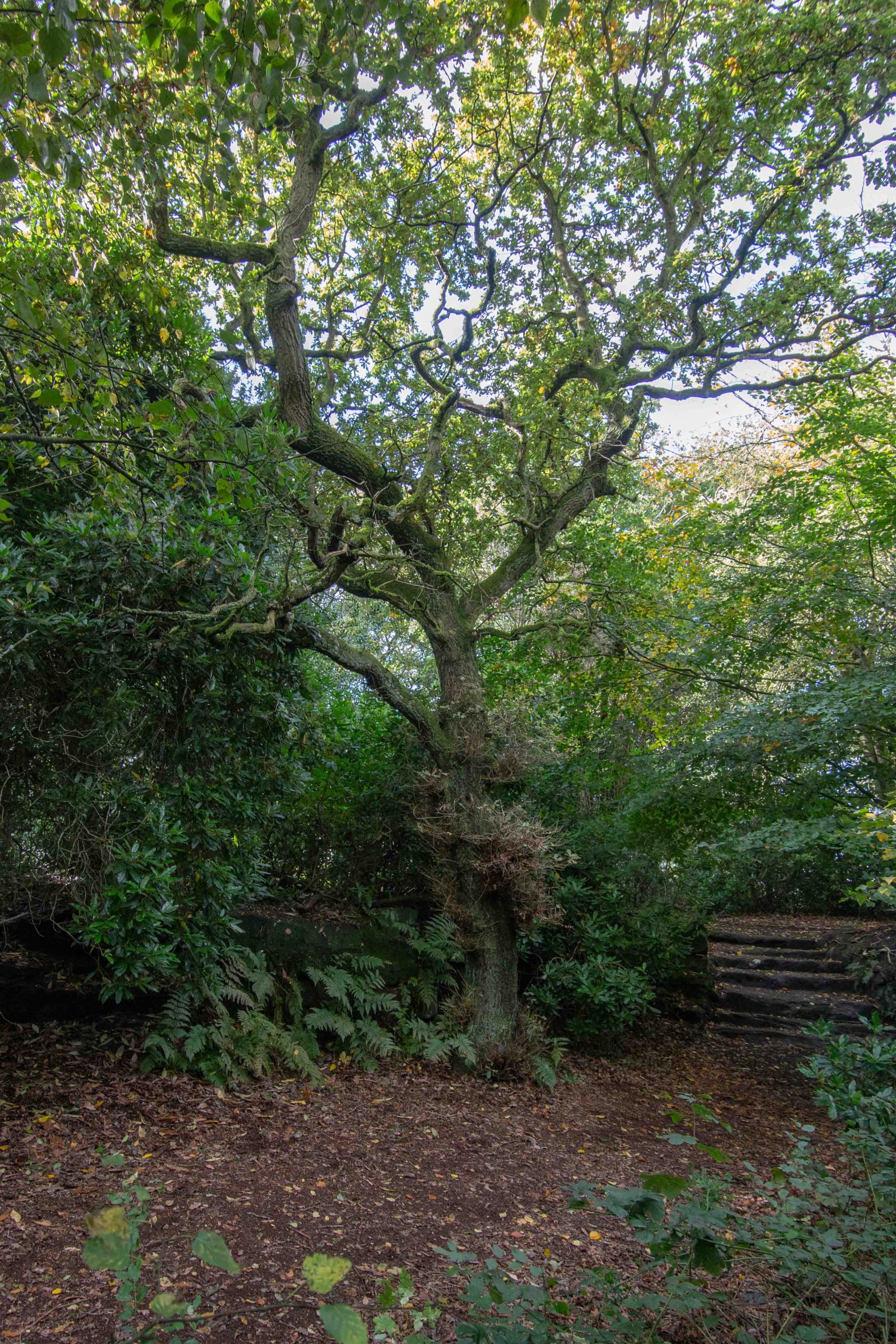 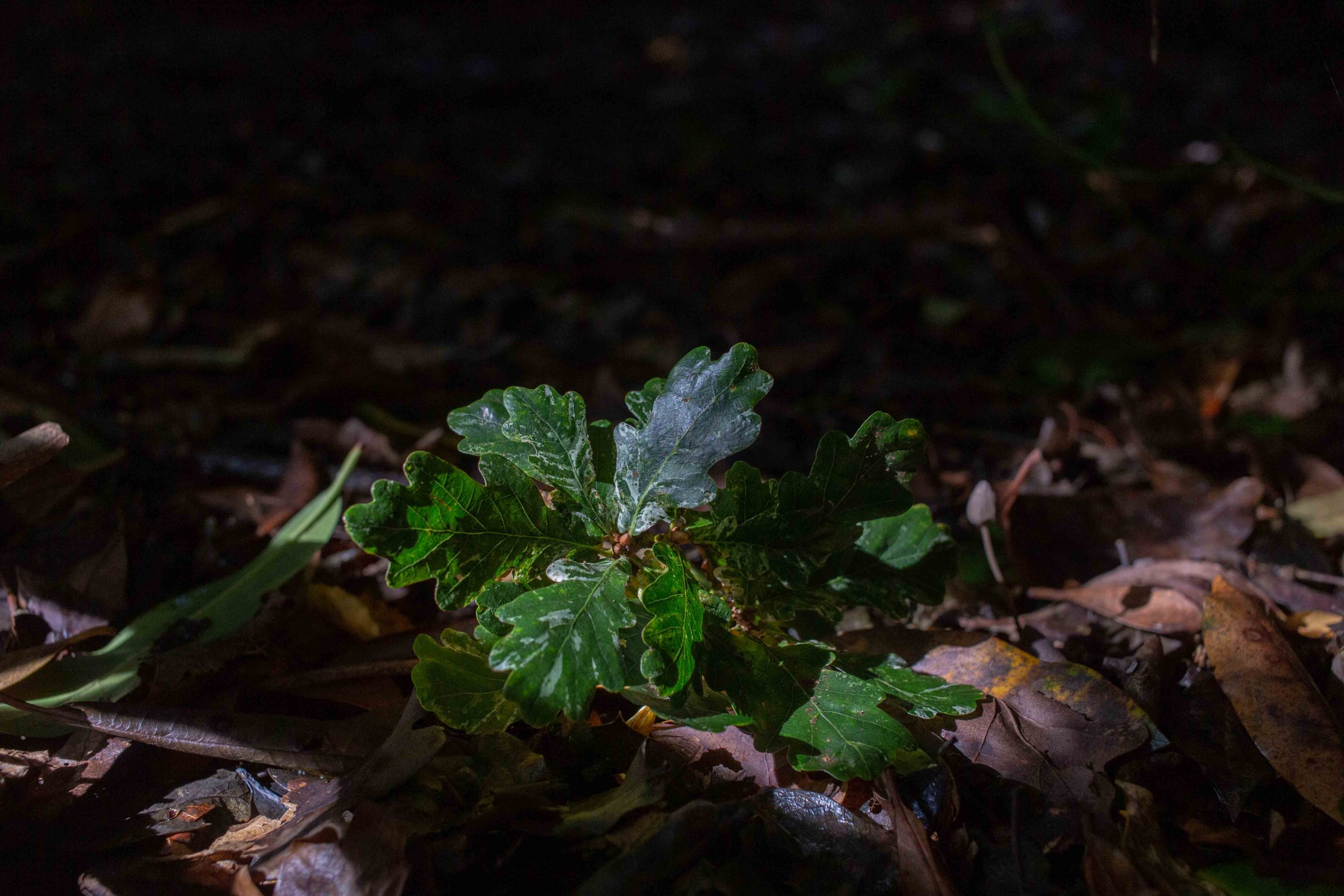 Childwall Woods is just 6 miles from the Liverpool city centre but when you step inside you would think you were in the middle of the countryside. The woods are wild and covered in twisted rhododendrons. Huge veteran trees are visible along every path hinting that this is a place with a history and it certainly has, for Childwall Woods was once the grounds of Childwall Hall. The wealthy owners spared no expense in turning the hall into a sham medieval castle and cutting a deep carriageway through the sandstone to the house. But no one knew about the Ornamental Garden until the rare Variegated English Oak tree (Quercus robur Variegata) was found. Walkers will have passed by this beautiful old English oak without ever noticing its cream rippled leaves. The Tree Register of Britain and Ireland (TROBI) were very interested in the tree and Friends of Childwall Woods and Fields were astonished to hear that there are only 69 of these trees on record as they were created over a century ago by grafting 2 trees together, and our tree is a Champion of its species by size. Finding the tree led us to look at the area around it and we found there were many variegated holly trees, rare rhododendrons, and another variegated English Oak. Not a champion but another beautiful tree on what seems to have been an ornamental woodland path. In the middle of the woods in L16, you will find a set of steps leading down to a beautiful variegated English oak tree. A reminder of the time when this was the grounds of Childwall Hall, a lavish mock medieval castle that was the home to wealthy nobility, a politician, and distinguished shipping owners (Sir Thomas Brocklebank and his son).