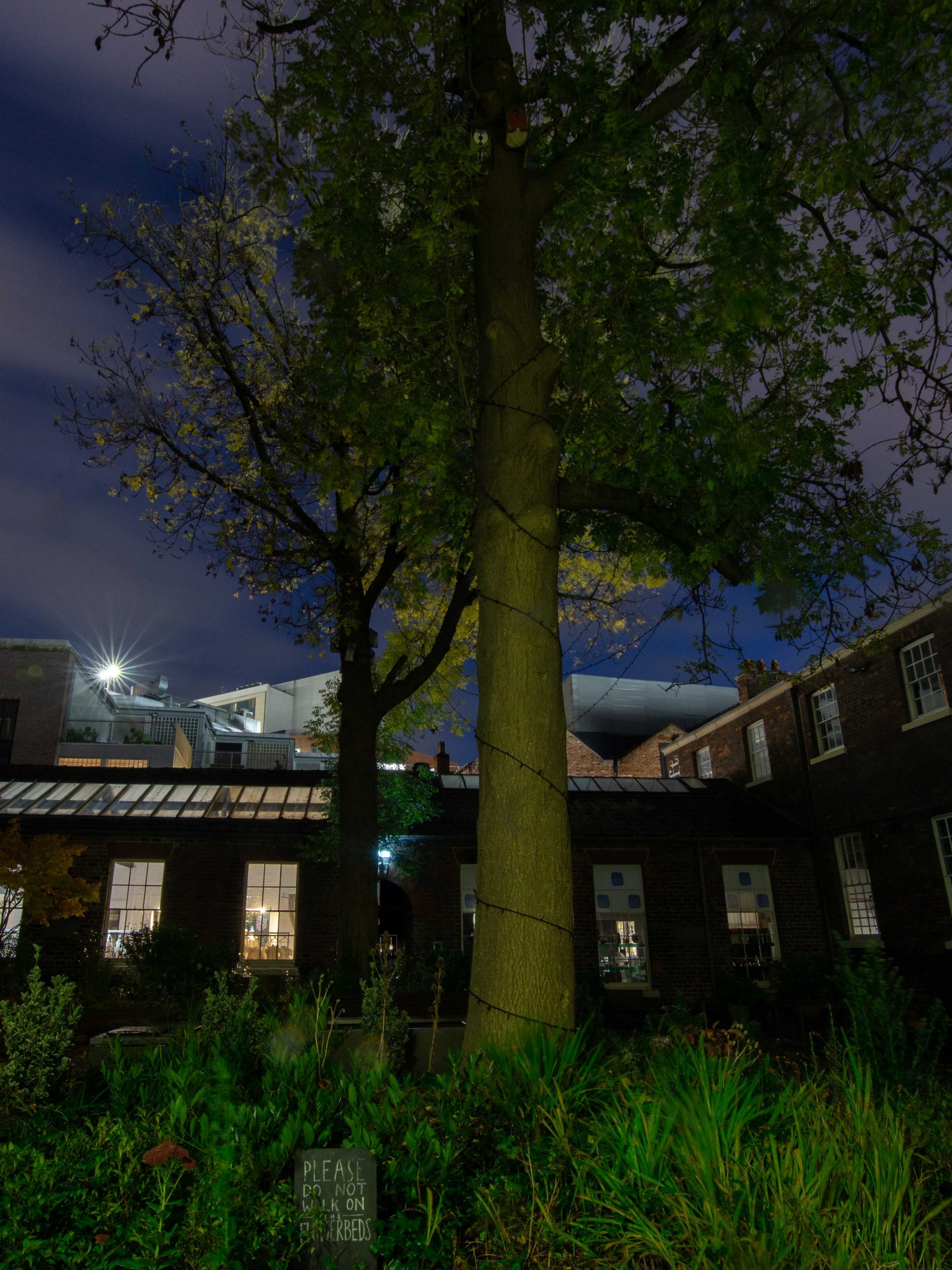 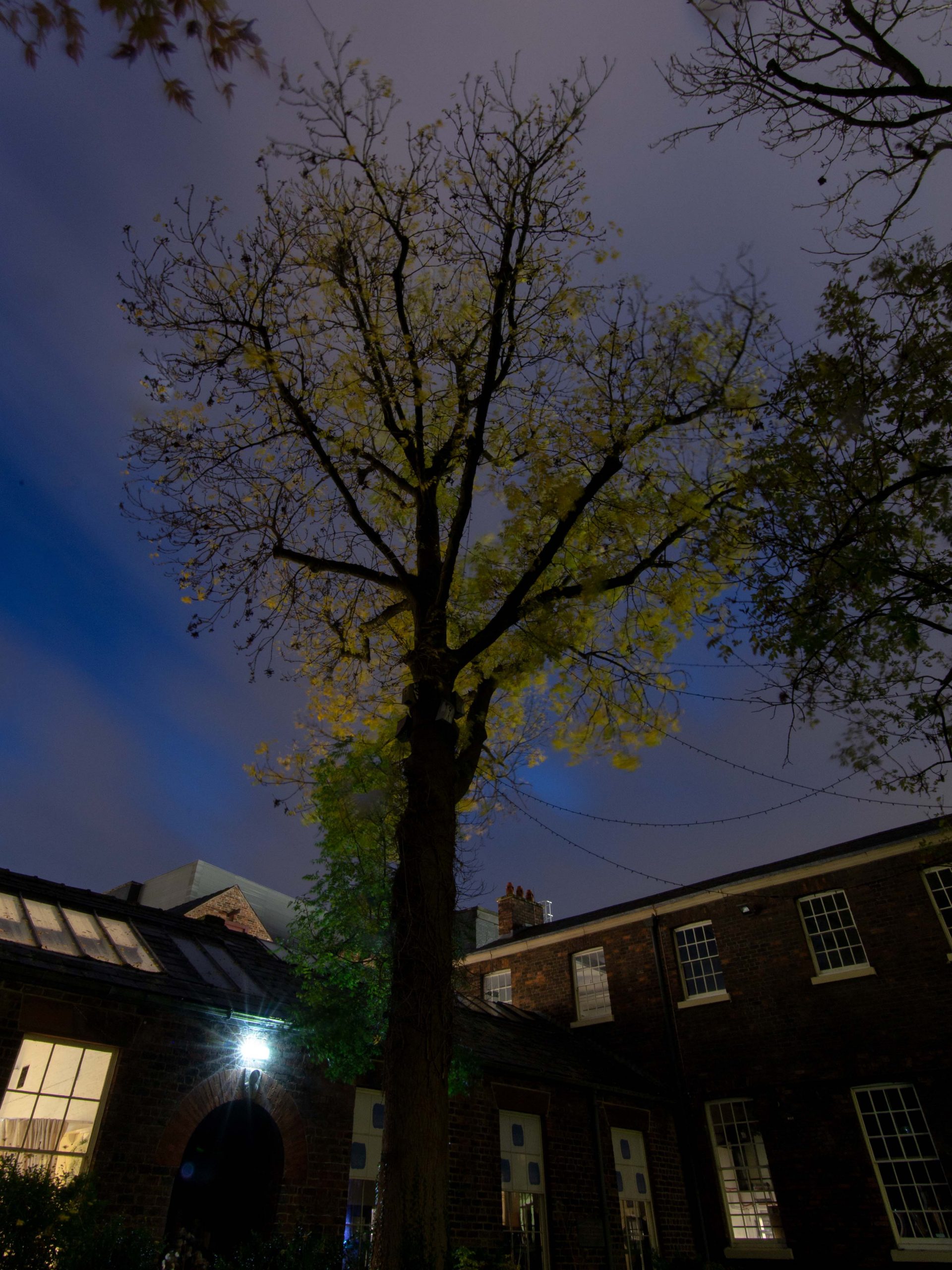 In 2016, I undertook a research project with the Bluecoat Gallery heritage team that involved creating a timeline for the garden space at the centre of this eighteenth-century building. The space only gradually developed into a garden (in a traditional sense) in the twentieth century; in particular, with the arrival of the resident artist Herbert Tyson Smith. In 1939, Smith planted four ash trees in the garden, they were planted above sunken air-raid shelters (to protect people and art work therein). The trees survived blitz damage, but two of these specimens were removed for capital development in 2008. The remaining two trees are central to the character of the garden and have featured within multiple outdoor art installations and events in the gallery’s history. In fact, in 2008, the artist Alec Finlay’s Specimen Colony collection was installed inside and outside the building, and painted bird boxes were actually attached to these ash trees. My own prominent memory is walking through the garden, and finding a blue tit chick at the roots of one of the ash trees, looking disorientated at finding itself in this alien environment and away from the branches above. The ash trees at the Bluecoat are an extension of the history of this gallery, and they characterise this important community space for many, great and small.