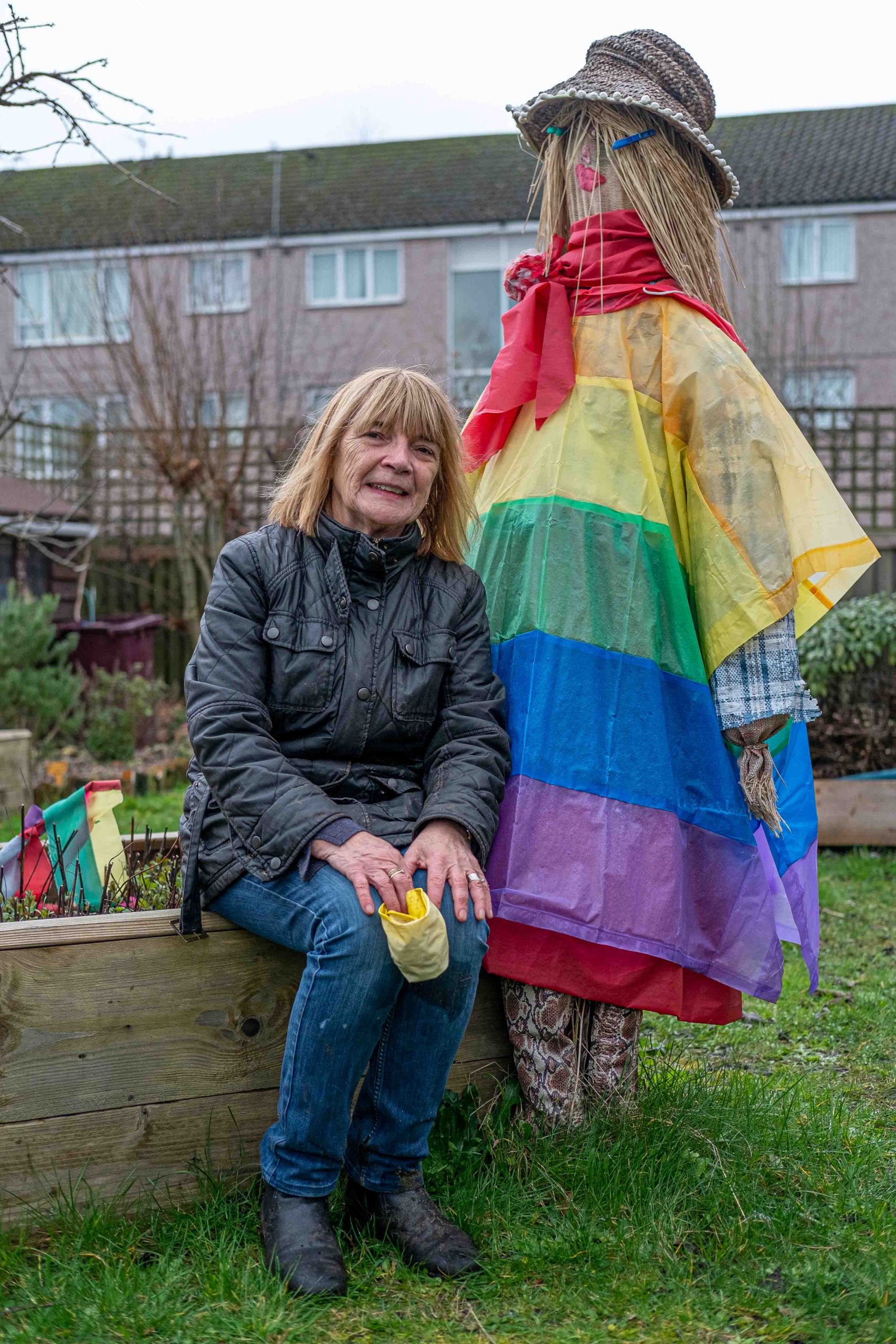 I used to go to John Archer Hall first, I retired from work so I just wanted something to fill in a few days. I did have a part-time job. I just went there. By the side of John Archer Hall there’s a garden there, and that’s when Gary was there as well. Then when we opened this new garden, we came and it was all tarmac. Then we built these planters. I love it. I love where it is. People say nasty things about Liverpool 8, but just look at what we’ve got. They always laugh at me because I’m always saying, “Tomatoes growing on Windsor Street!” It’s lovely and everybody is so nice. Before the lockdown, we used to come on a Friday and a Wednesday. The lady who used to come, she was a cook, a vegetarian and vegan, so she had some of the girls and boys cooking, chopping stuff and she’d make lovely things for us. It’s really good. What would you be doing otherwise? You’d be sitting at home, walking in the park or not going anywhere. When you come here, you see the stuff grow when planting a seed or plant and it’s just unbelievable the way it grows. I’ve got a yard and a few things but not like this. It makes you more interested in stuff like herbs. I mean, I don’t know the names of them all, I know the names of a few since I’ve been here- there’s that many! When the other Mo was here one time, the guys had been foraging by the cathedral and she brought wild garlic and nettles and they made soup out of it and it was really nice. So I took it over to my husband, John Harris- I always call him John Harris. I took a carton of the soup home and I used to always say, “Taste this! Taste this!” And he used to say, “What is it?” I said, “I’m not telling you, Just taste it!” So he did and he said, “Hey, you know, that’s nice that!” And when I told him where it came from! So the next week I took some of the stuff home and made it at ours and I gave it to my two neighbours and I took the bowl in and they said, “what’s in it?” I said, “I’m not telling you because you won’t eat it.” Then when I went and knocked later on and I asked them if they liked it and they said it was really nice, I told them and my neighbour, he’s 82 now, he said, “The dogs have been whats-his-naming all over that!” I said, “Yeah, but it gets boiled so it’s alright.” He said, “Aw, Mo! That was lovely that!” So I was made up because you just learn things all the time. I don’t know about you, but in my many years I wouldn’t have thought about making soup out of nettles and wild garlic. That’s why it’s so good. You do learn things all the time.

I have two granddaughters and my eldest granddaughter, she’s 14, and I think she was about four or three when she first started coming. The kids love it and they’ve all come in their own little way. We’ve had a pizza oven. Jeff came and built the pizza oven with a few other girls. It’s brilliant. A friend of Jackie’s makes pizzas and the kids were putting all their own stuff on and it was really really good. It was like being in Pizza Hut.

My grandson went with his dad to Dobbies to get a tree and I believe when he got to the counter he said, “My nan is a gardener, she plants trees!” I was made up. I thought, “How nice is that!” They come in with me. Not last year but the year before, they were picking strawberries out and eating them and our James said, “Have they washed that?!” Hey-ho. And the kids are made up with the tomatoes. It’s nice for them to have things that they can pick and talk about.