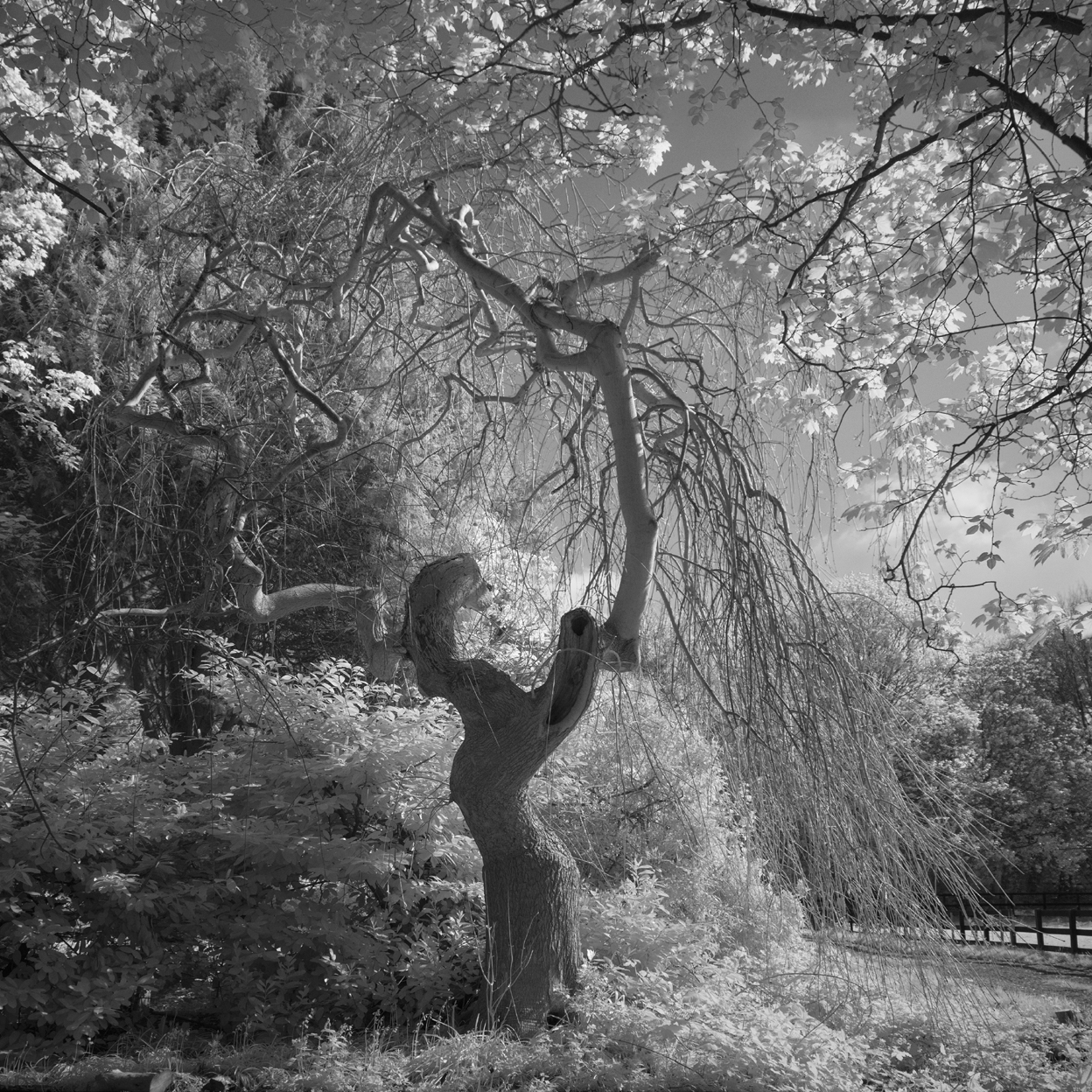 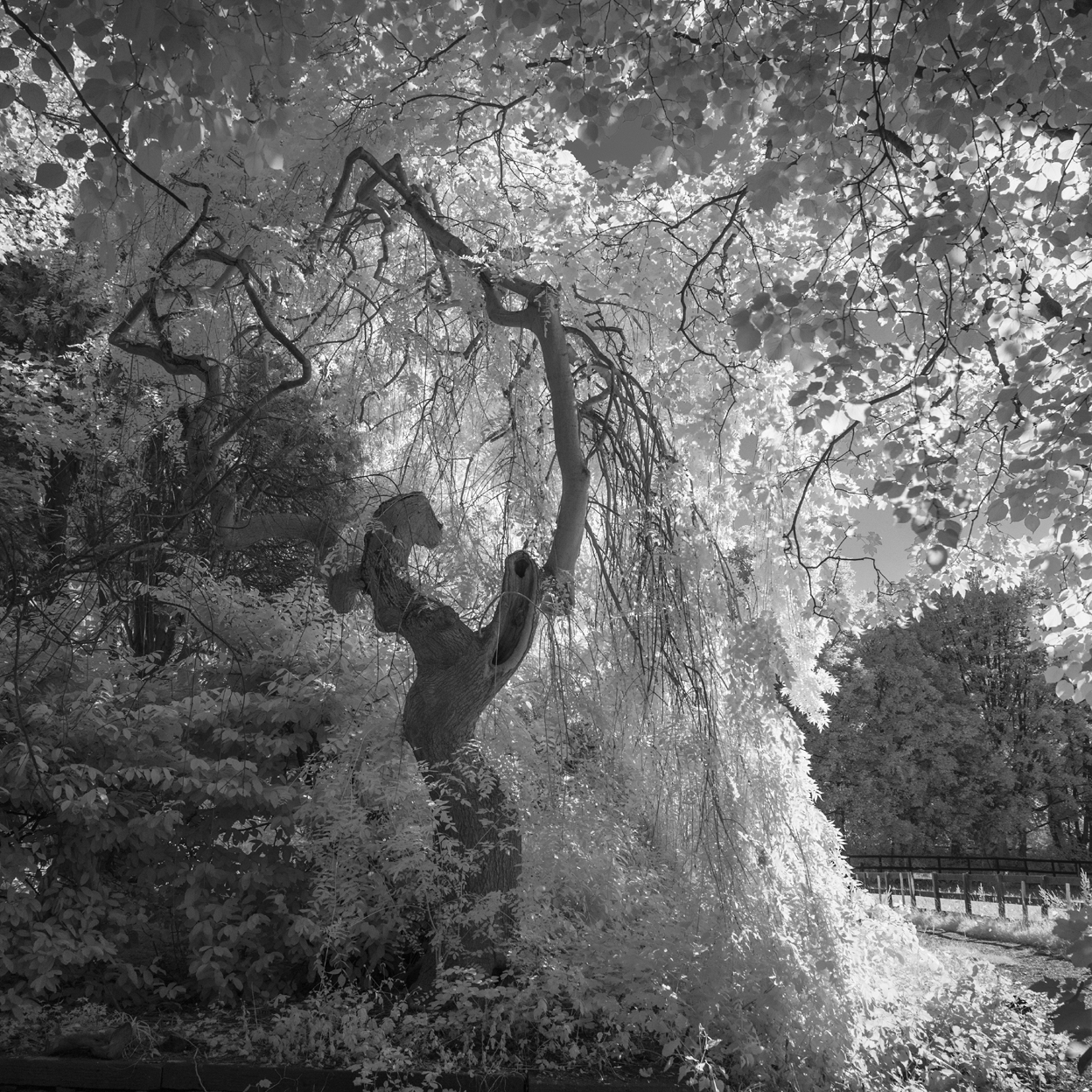 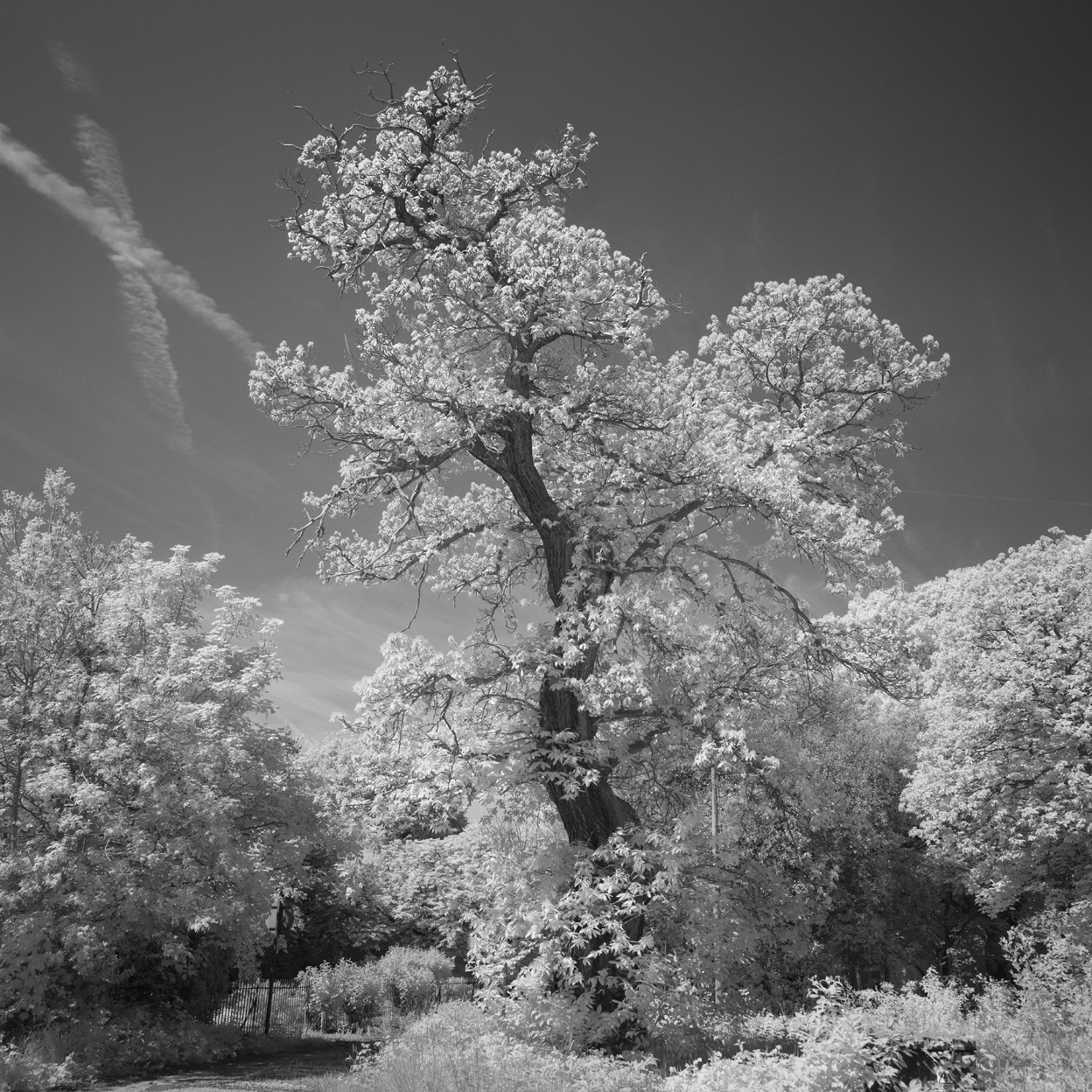 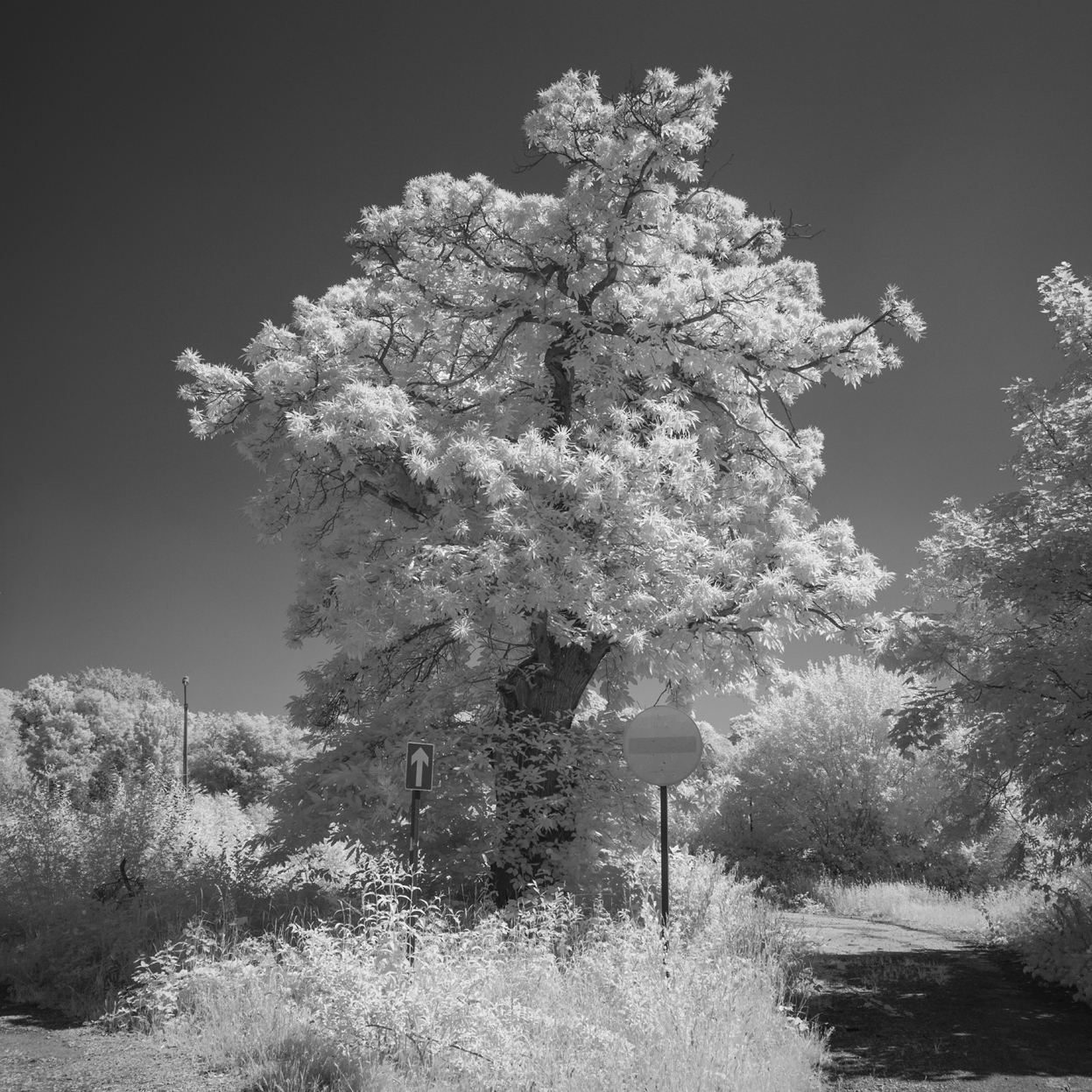 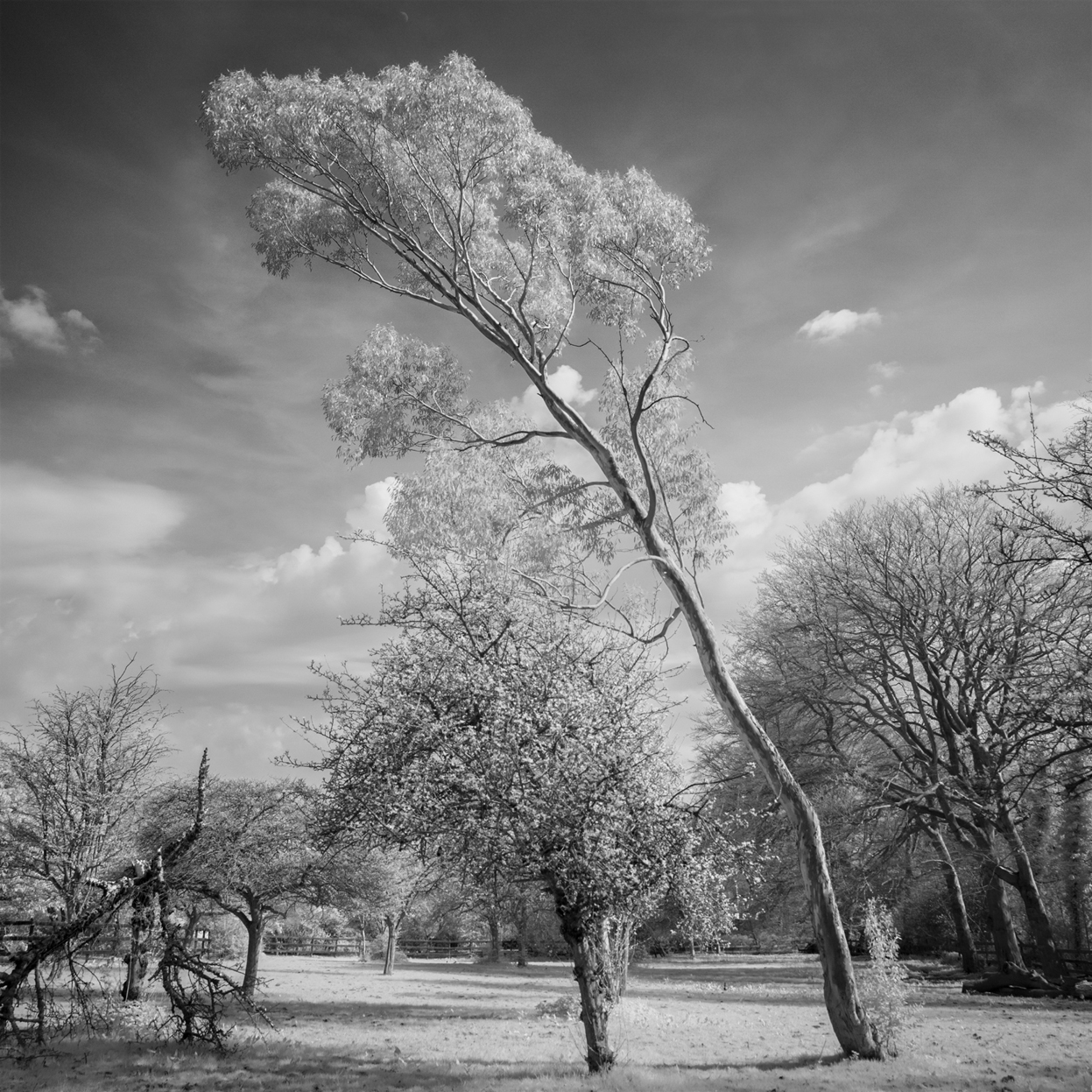 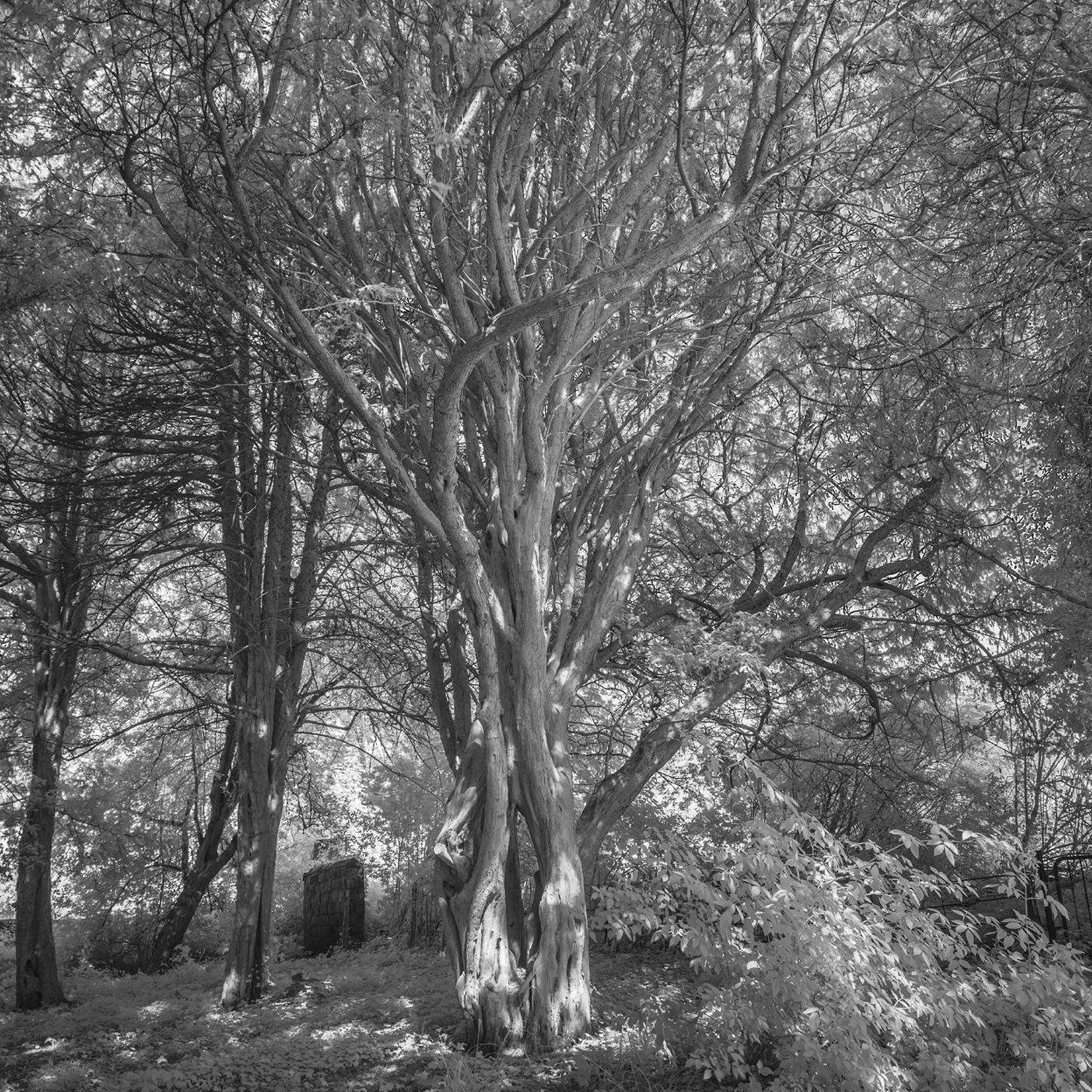 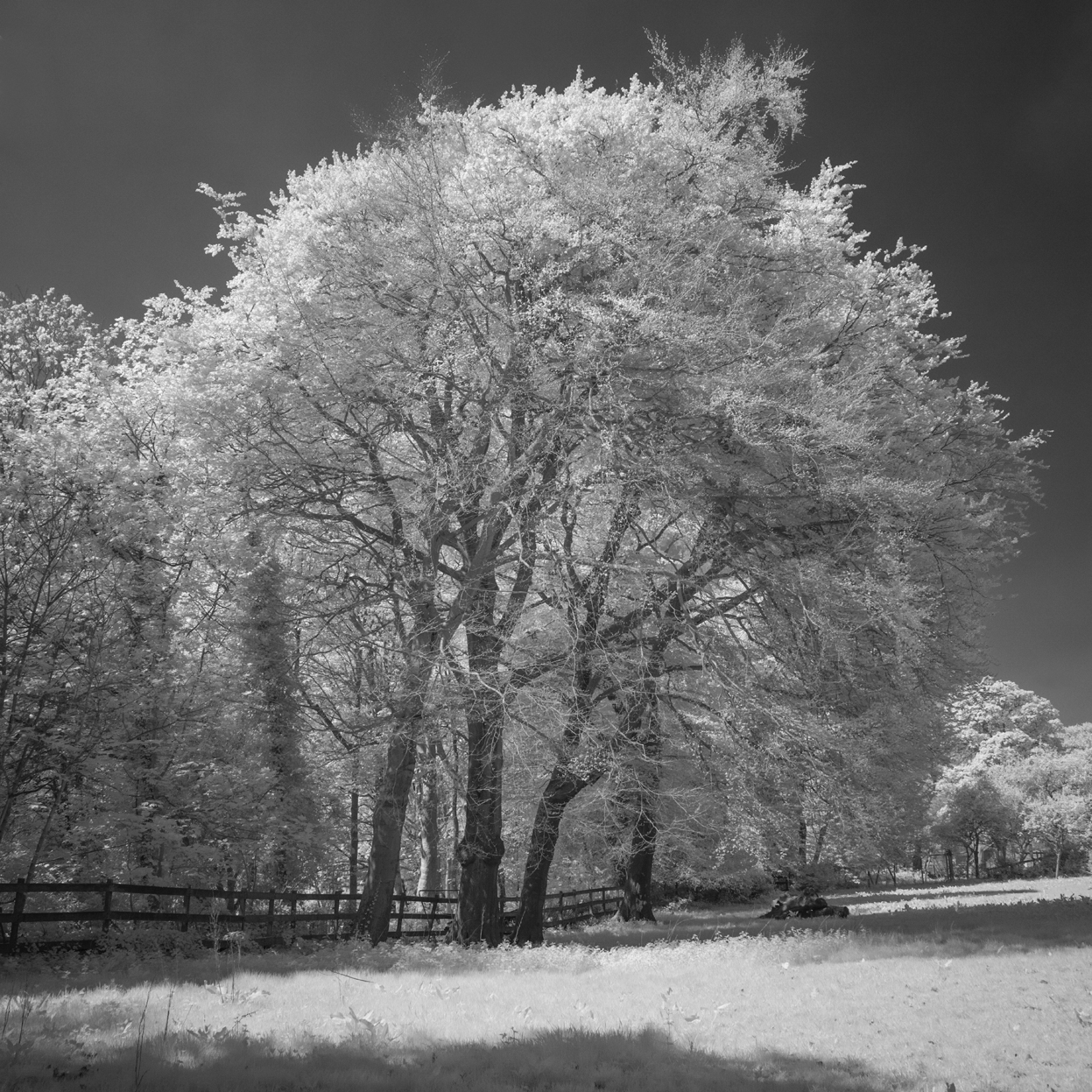 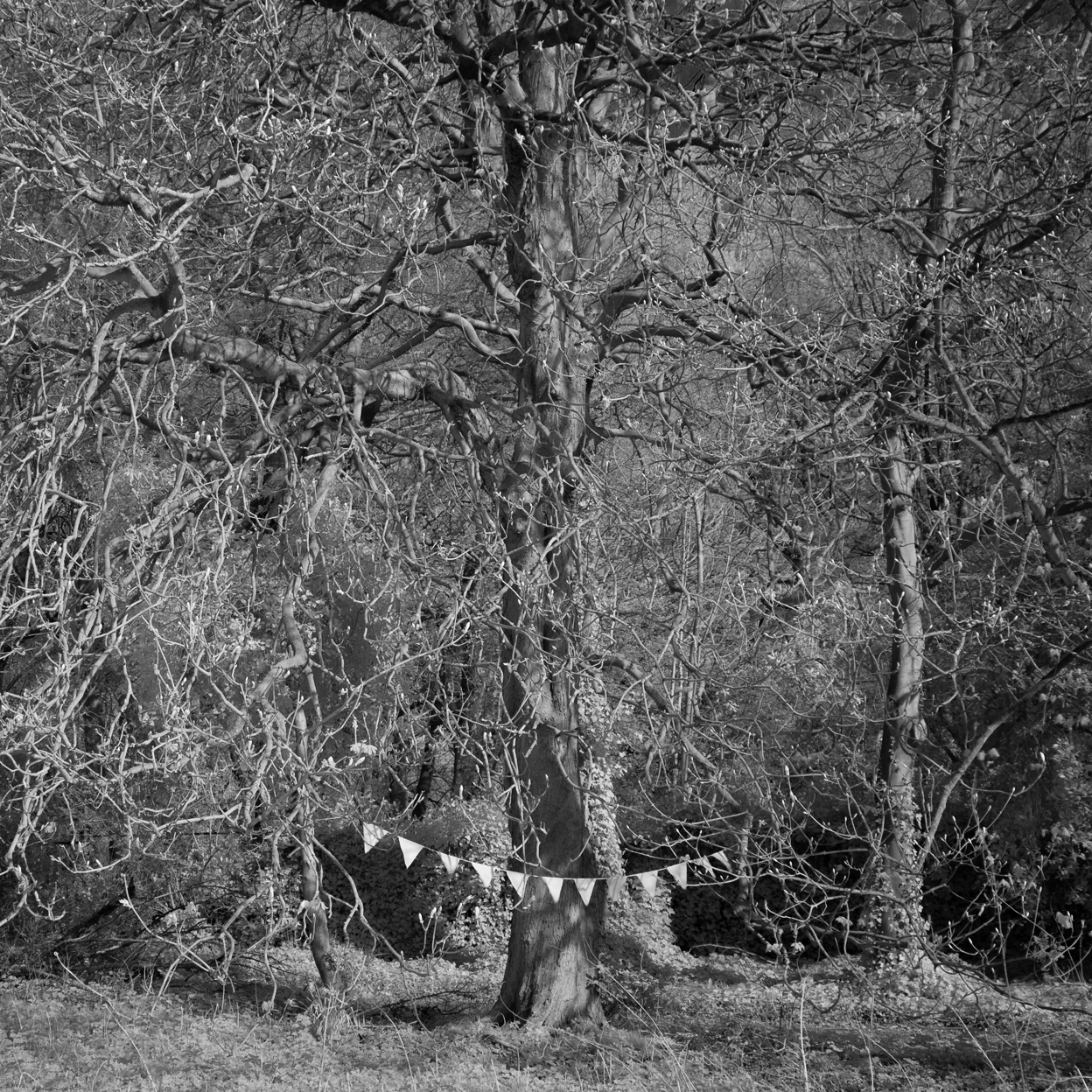 In 2017 I became actively involved with the campaign to save Calderstones Park and the adjoining Beechley Stables ‘Green Wedge’ land from being built on for a luxury housing scheme. Over a 100 trees were to be axed as part of the approved development.

I decided to make a record and a ‘portrait’ of the trees to be felled. I attempted to capture something of the life of each tree by making photographs entirely within the infrared spectrum. By using a converted digital camera and special IR filters I could capture the luminosity reflected by the buds and leaves of these trees against a darkened sky.

Despite massive public objections against the parkland development neither the City Council nor the developers were prepared to back down. The only course of action to stop the scheme was through judicial review and considerable funds would be needed to pay for this. I helped establish the Liverpool Open & Green Spaces Community Interest Company (LOGS) and along with the Save Calderstones Park group we embarked on an awareness and fund raising campaign.

I made more than twenty of my tree photographs into limited edition museum quality prints to exhibit and sell with all proceeds going to the legal action fund. These print sales made a substantial contribution to the fund. The pictures selected here are some of the most popular images people purchased to support the campaign. The pairs of pictures of the Weeping Ash and Sweet Chestnut trees made between May and June 2018 were particularly liked.

Over 50,000 people signed petitions against the development and LOGS was able to pay for legal representation. On the 18th January 2019 the High Court overturned consent for the development scheme: the trees and parkland were saved!

All editions of these tree pictures can be viewed (and purchased) from the LOGS web site: http://www.logscic.org.uk/artprints.htm