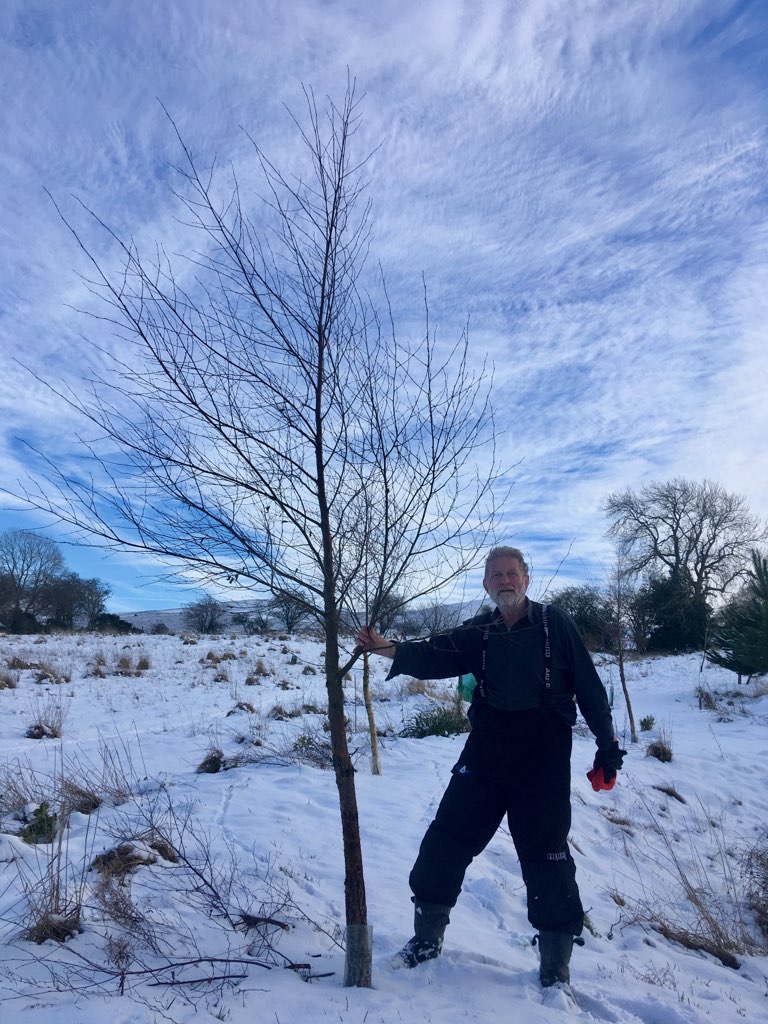 In 1956 I was a precocious 3 year old and was spending an afternoon with my Grandfather (Robert Kenrick), I am not sure quite why but my older brother, Tony, had been hospitalised with severe asthma around that time. My Father and his Father both had allotments and I was used to doing odd jobs. My Grandfather’s plot was close to Meols Station and that day, he announced that we were going to plant Willow Trees to try to reduce the wind. I recall he had a bucketful of whips and when my Grandfather made a split in the ground and held it open with a spade, I popped a Willow into the hole and he closed it and we stamped on the soil together. The allotments are long gone but the land where they were is still mostly undeveloped. I have never walked back but have passed many times both travelling by train and driving over the bridge. There are some massive Willows growing where we planted them all those years ago. I taught Art and Rugby for 40 years in different parts of England and planted three woods and many hundreds of trees in that time. Since I retired, I have planned and planted my own Arboretum in North Wales…. included a few Willows for old time’s sake!

Image: This is me with one of a group of Silver Birch grown from seed collected at the huge WW2 Russian Cemetery in Berlin in 2015. What I am planting at the moment is “the Bryneglwys Arboretum” but I hope to call it the “Kenrick Memorial Arboretum” in memory of my late brother.