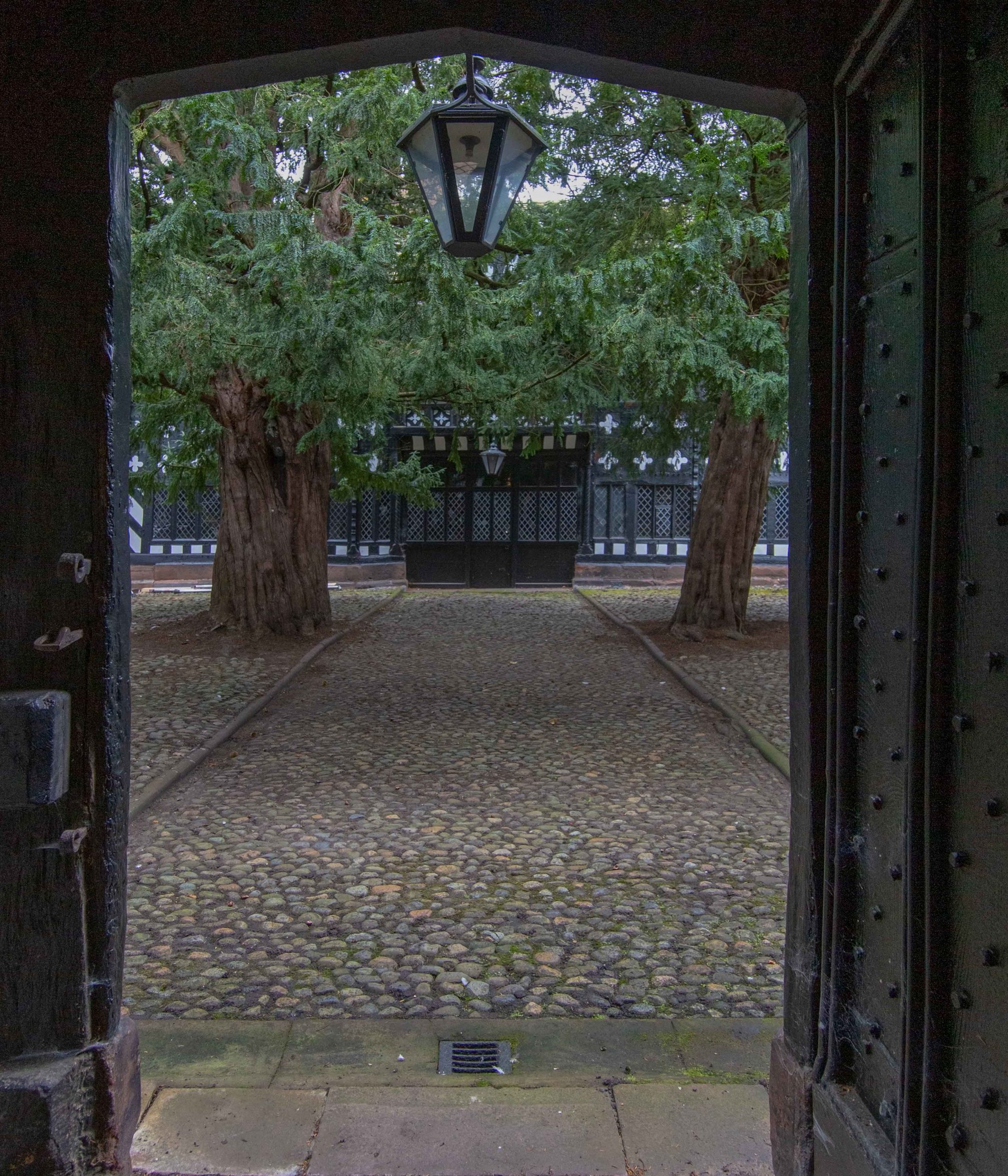 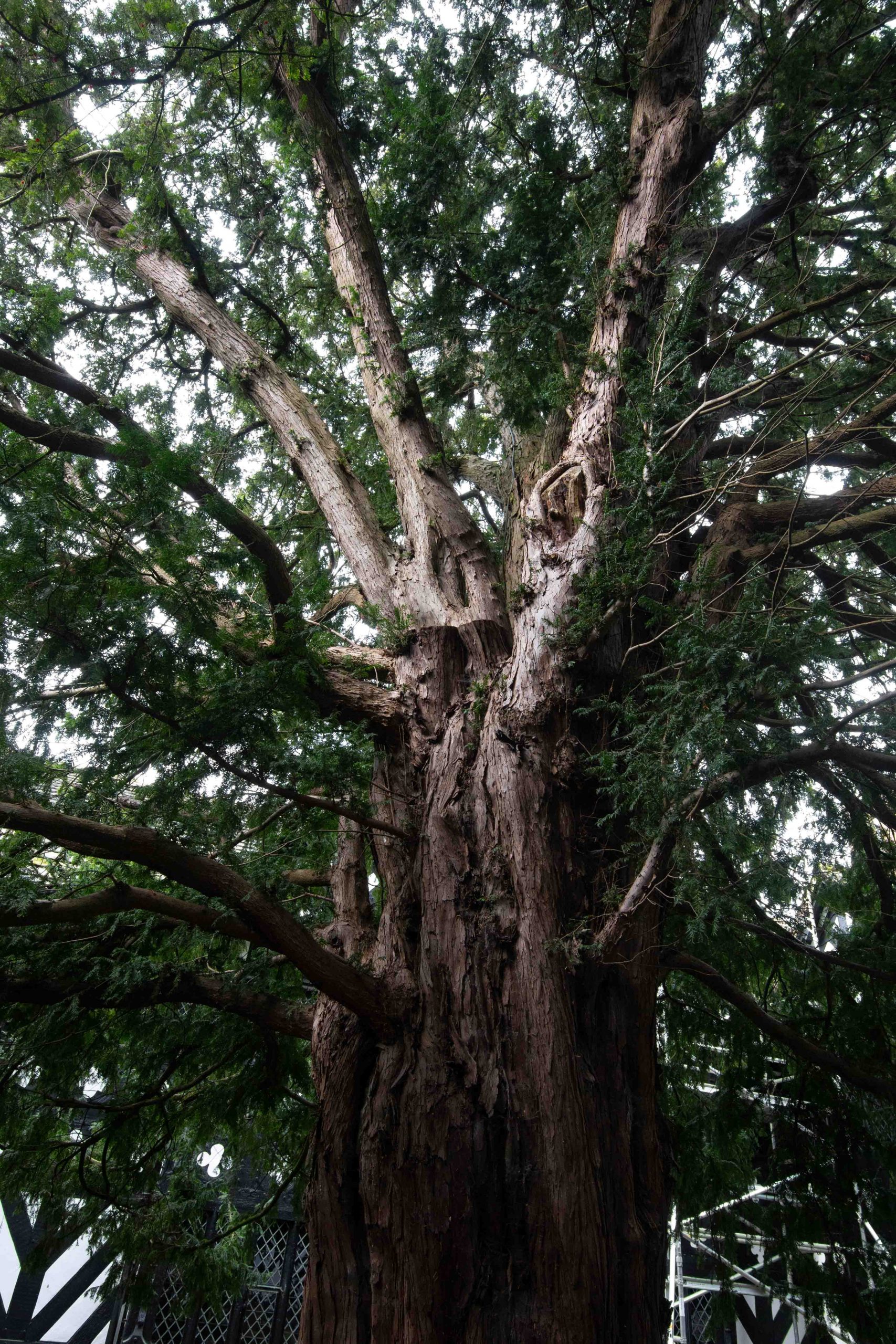 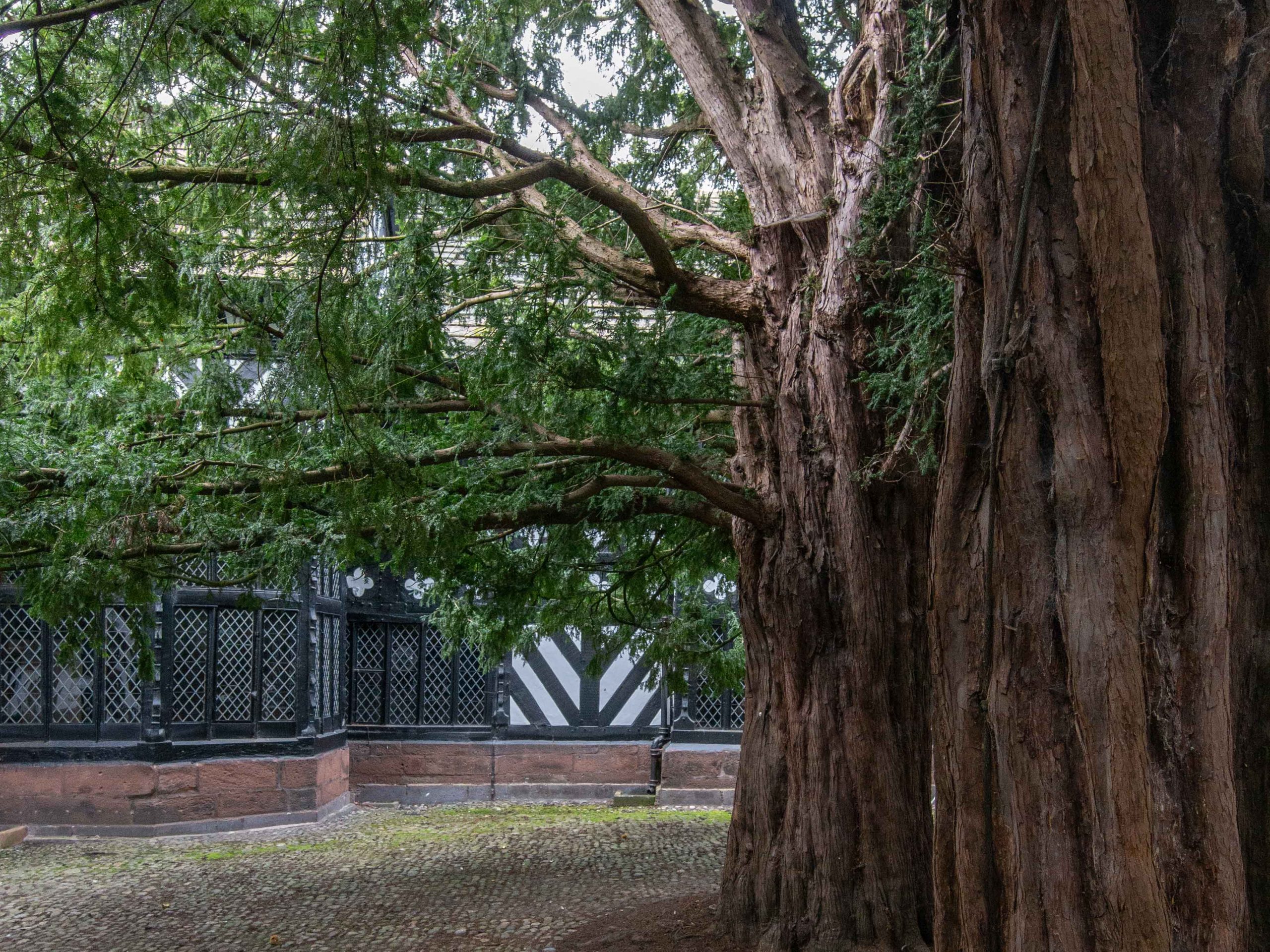 Adam and Eve are two ancient yew trees within the courtyard of Speke Hall, a Tudor estate in South Liverpool, and the location of many day trips for me as a child (including going in full Tudor dress for a school trip). These specimens are thought to be around 500 years old and are key features of the manor house. However, in Alexandra Muir’s article on Speke Hall, the scholar suggests that the trees are of different ages due to their size: “Adam was probably planted by the Saxon owners of the manor house on the same site as today’s hall, as tree ring counts of pruned branches suggest Adam is close to one thousand years old. The size of Eve indicates she is younger, suggesting that she was planted by the Norris Family when they were building the Hall over four hundred years ago. The first documentary references to the trees by name are found in a receipt for Ezekiel Mason, who provided them with a frame in 1712. ” (Muir, ‘Speke Hall’, Archaeological Journal, 169 (2011), 29-31, p. 31). Despite the different size and age of the specimens, these trees are identified as a pair. They are central to James Campbell’s 1854 painting of The Courtyard at Speke Hall, for instance, which can be seen at Liverpool’s Walker Art Gallery. Like the Bluecoat Ash Trees, the proximity to the building has meant that the trees themselves have been close to the events and history of the hall, past and present. Most recently, they were part of the Under the Rose soundscape installation by Serena Koroda in 2019.