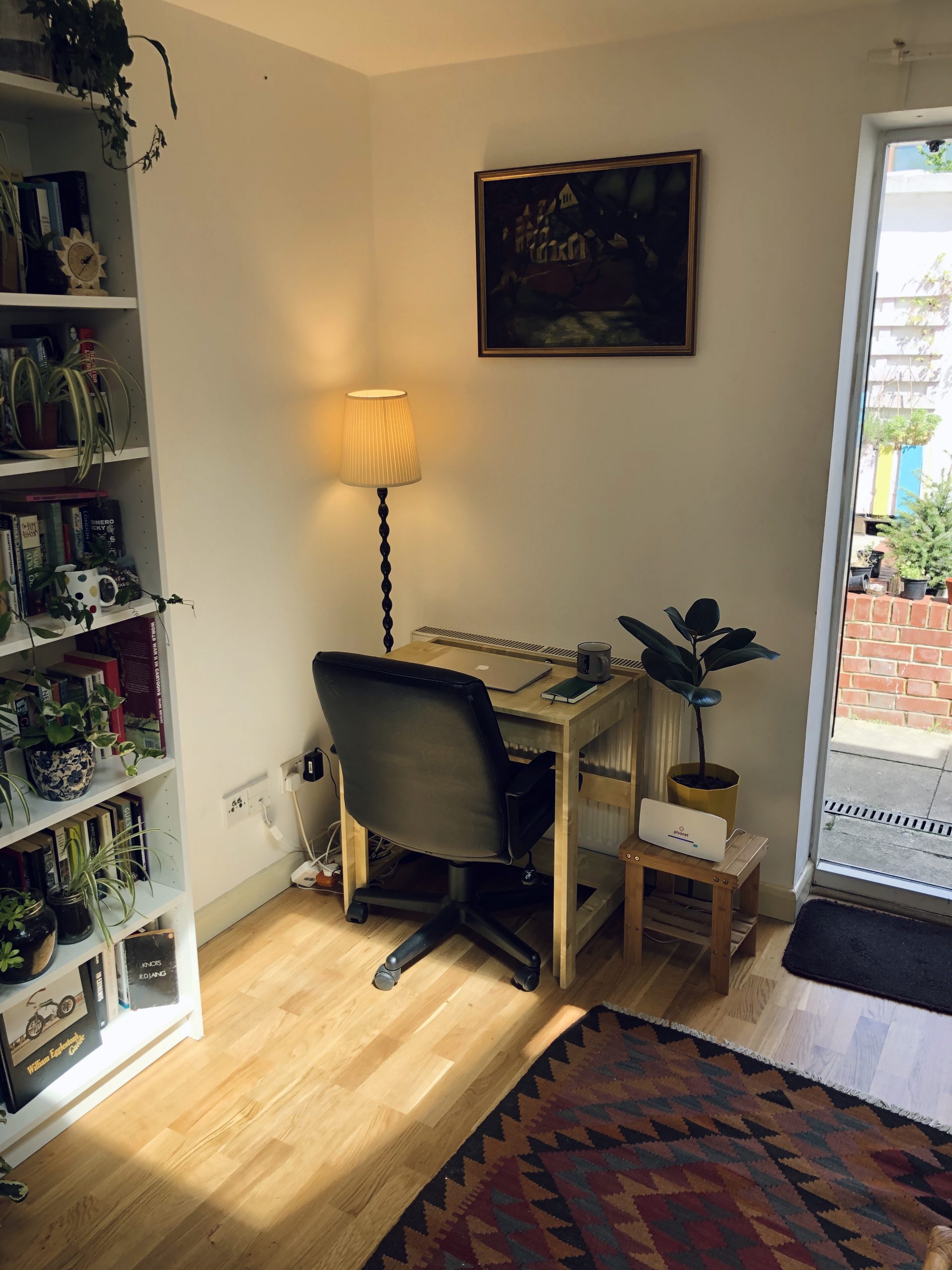 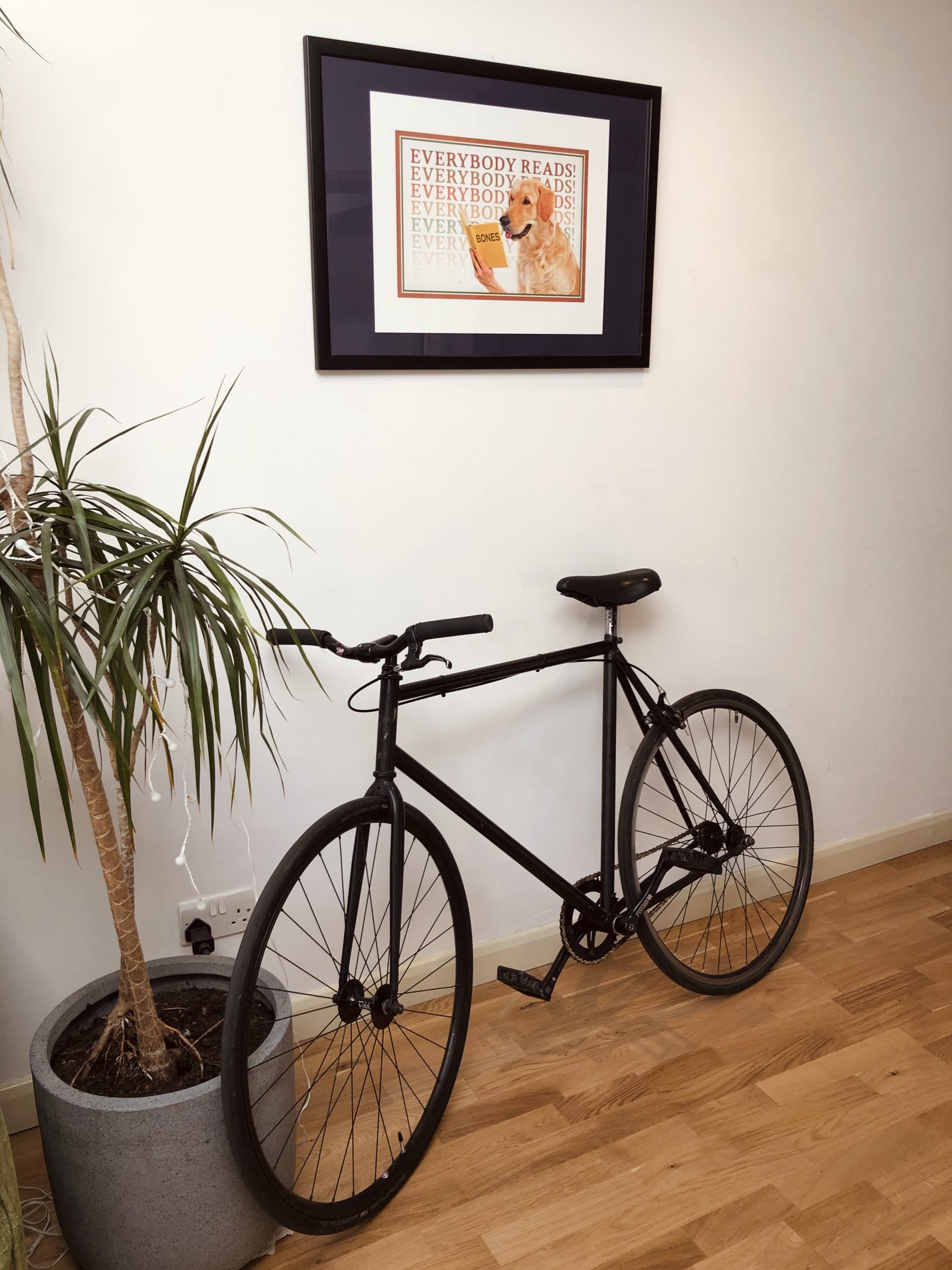 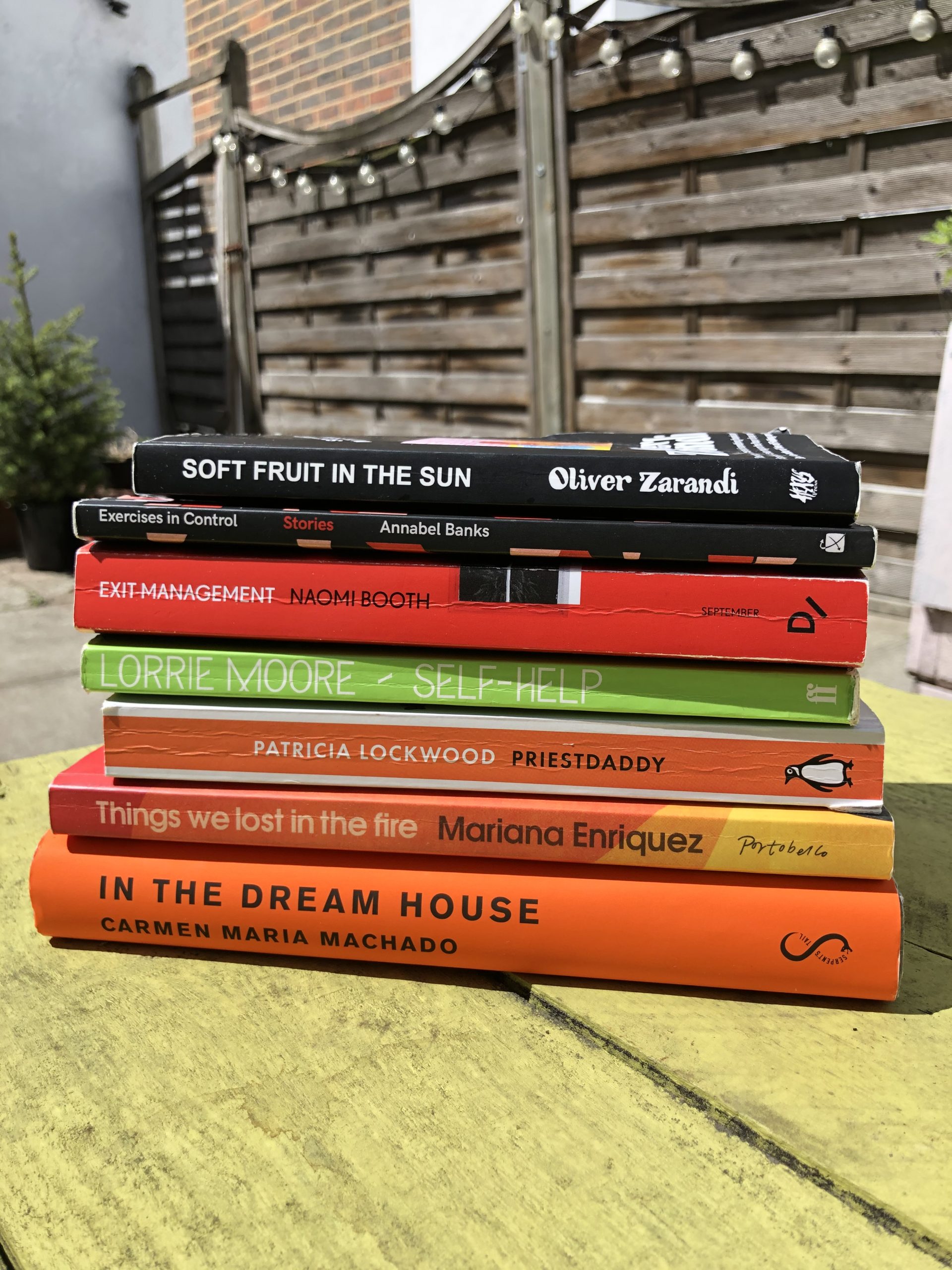 First up is Harry Gallon, he’s published two books with Dead Ink so far- The Shapes of Dogs’ Eyes and Every Fox is a Rabid Fox. Dead Ink will be publishing his latest novel Small Rivers in April 2021.

Mine is a shared workspace, so who gets the desk depends on who gets out of bed first.  If it’s my housemate, I’ll just work on the sofa, with my laptop on my legs. I’ve had this desk for years, and prefer writing in privacy, allowing my workspace to become covered in books and notes and general detritus, but have also come to rely on shared energy. I’m really good at procrastinating. I’ll stare at nothing for hours. Watch videos about Tolkien lore on YouTube. Cook. This is how I wrote Small Rivers. It was 2018. There was no global pandemic. I had the same desk in a tiny room in a sublet. I was struggling to write, and I had Mondays off from work, so I asked a friend, who works from home, if I could come round to write. I’d spend the previous weekend planning a chapter, then write it on Monday, on my friend’s sofa. 90% of the work is sitting down at the desk. The other 10%, the writing you get done, is just a bonus.

There is enormous pressure to be productive at the moment, and I’m lucky enough to have time on my side because I run a brewery taproom, and bars are closed. I work well under pressure, especially if that pressure is my internal voice screaming at me to work, but I’ve got a lot more writing done recently than I would have expected.

I am very sentimental when it comes to my possessions. I anthropomorphise a lot, and think it’s important to have a relationship with stuff. To know how things work, and how you work with them. My brother and I used to ride bikes a lot when we were kids. We grew up in the countryside, and it was all we did. Taking them apart. Saving our pocket money for new parts. Suffering concussions and getting winded by trees on the sides of tracks we carved through trespassed woodland.

I recently got it serviced, which was accidentally quite expensive because I’d only ever done basic work on it. It’s got a new headset, bottom bracket, chain and freewheel, and it feels great to ride, especially in the good weather we’ve been having.

Cycling is my favourite way to travel, exercise and be outside whilst maintaining social distance. When you cycle in a city, you’re focused on not getting killed. If I want to think about what I’m writing, then I’ll take a long walk, which isn’t so easy at the moment. I love walking. I love covering ground, especially along coastlines. But there aren’t any cliffs in London, and the marshes are packed because they’re the wildest place to be at the moment, so the best way to cover ground and help maintain public safety is on a bike. I’ve worked out a nice 13-mile route, which takes a brisk 45 mins.

I’ve been reading a lot of memoir and short fiction lately, and over the last couple of months have been working on a series of my own short stories. I find that lulls in my writing occur when I’m either not reading anything, or am reading something that I just don’t get on with. I want to read a book and think I should have written it, or that I could have. It’s not about the content, but rather the feeling I get from writing that I love. If you ask me for a quote from a book I’ve enjoyed, it’s very unlikely I’ll be able to give one. I struggle to remember that kind of thing, and my mind goes blank. But I’ll be able to tell you how it made me feel, and what the writing is like. That’s what I’m most interested in – style.

My recent list includes In the Dream House by Carmen Maria Machado, who I became a fan of after being gifted Her Body and Other Parties in 2018. Dream House is absolutely beautiful. It’s so wonderfully written and so painful and heart-wrenching and uplifting. Priest Daddy, by Patricia Lockwood, was another recent gift, and immediately became one of my favourite books – it’s hilarious, but the tears still sneak up on you.

I’ve been gearing up for the release of Small Rivers, too, and working on ideas for my next novel. But the stories I’ve been writing sort of pushed their way to the front of the queue. They felt quite immediate, and the speed with which I wrote the first drafts was offset by the feeling that they might be crap. That never goes away, which is fine, because it feels good to work on something less colossal than a novel, even if I’ve never considered myself a short story writer.