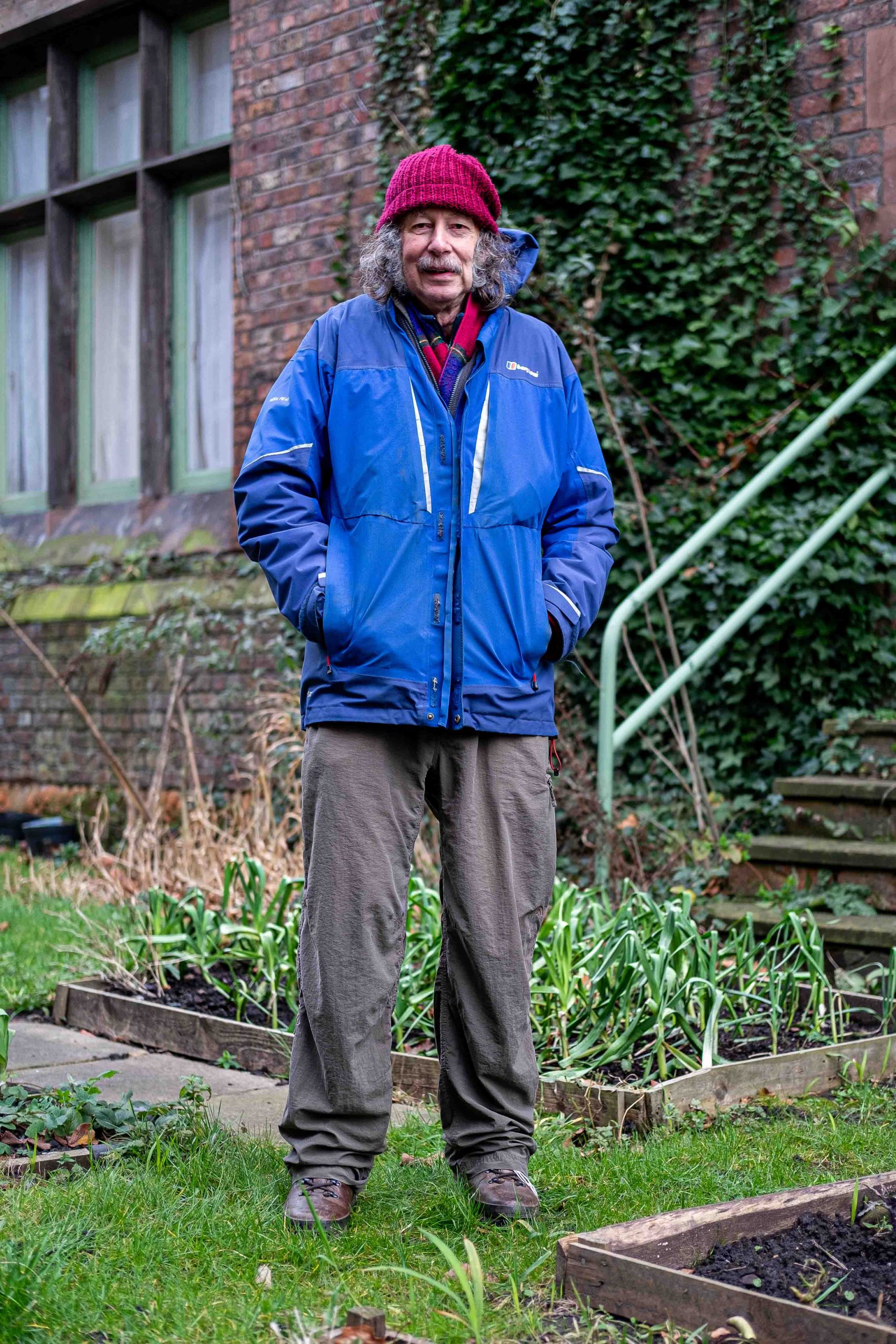 We’re using a derelict space that has been restored, which is important, and it’s a peaceful place to come to escape. In the summer it’s like a country allotment to me, not like a country garden but very much although in the middle of the city it’s very much like you’re in the country. It’s a pity we can’t give food to the community because there’s probably regulations about that, there’s probably some sort of quality control you’d have to have, but the food we, the volunteers, produce, we get to take home, which is good. It would also be good to give it to more people and leave it on a table outside of the church for people to take. But people are so used to ‘perfect’ food from the supermarket that they don’t trust the ugly but they don’t know the quality of that and how long it can last. So it would be great to have a table out there, I don’t know if maybe we can organise that. In many food banks you can only take tins and packets of food, and you can’t take perishables, which is a pity. It’s really interesting to see your own food growing, you’re connected to the Earth if you do get involved with growing food and your own plants. It connects you to nature. It’s important and we’ve got to protect nature. On days like today it’s really good, when you’re totally immersed in being with the soil and the plant you’re growing, that feels really good.