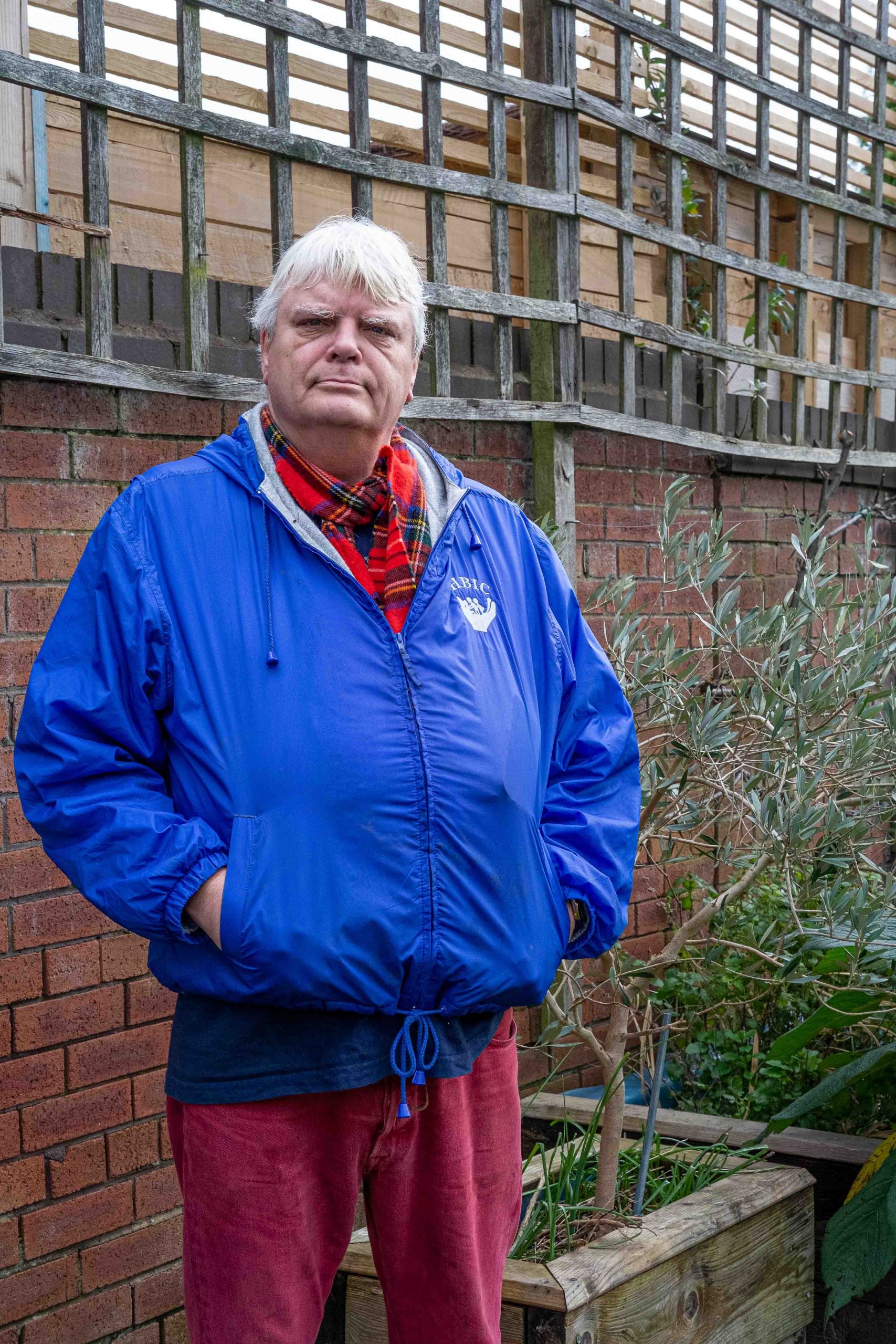 I was doing nothing anyway, I just moved in further down the road. I live on the same road as Squash. So I had just moved in and there was nothing to do. I did charity shops. A leaflet came through the door advertising for a garden that was opening in The Grapes. So, I just came over and there were a few people there, we got introduced and I’ve been here ever since. I’ve been every week for nearly 11 years. It just really suited me. It was like the saying ‘that’s just up my street’. I’ve just been coming ever since and it’s really healthful. I enjoy socialising and learning something. I’ve learnt all kinds. It was new to me growing veg. I didn’t know much about it. Jackie’s great, she’ll tell you what to do and won’t just leave you standing there. We always find something. You know if you’re just a bit lost, she’ll see you’re lost and find something for you to do. Even if they’ve just walked in. Some of them stay and some of them leave; some of them come for a few months. Some are college students who pop in from other countries. They pop in and you don’t see them again, but it’s great because everyone blends in and we’re all doing something and learning at the same time. I still don’t know all the plants, I still have to go, “umm?” and forget what they’re called. Cooking as well as eating, it’s all based on food, it leaves me a little healthier. I’ve been buying things that I wouldn’t buy before. It makes you aware of the kinds of foods to eat. I’m not vegetarian, I wasn’t brought up that way, but I can eat it. It doesn’t bother me. It is very healthy and it’s got me buying a lot of things I wouldn’t have and cut down, like organic butter and milk and organic vegetables. I didn’t even know the meaning of the word before I came here. It is really useful and that’s why I enjoy coming here, like a lot of people that come. It has affected me very much. Say you’re sitting at home and bored and life, as it does, stresses you out, you can just come here. Jackie does say to me, especially over the summer, that she has a spare key to the gate and I can come and I can come in and potter around. If you’re bored stiff you can just come here. It helps me. It occupies my mind and you’re learning something at the same time. There’s not just the one day. There are other times when they might call you up and we have events in the shop and cafe so I’m always at hand. I come here and it helps me mentally and physically. Sometimes you feel like you’re seizing up when sitting and doing nothing. It’s a little exercise.