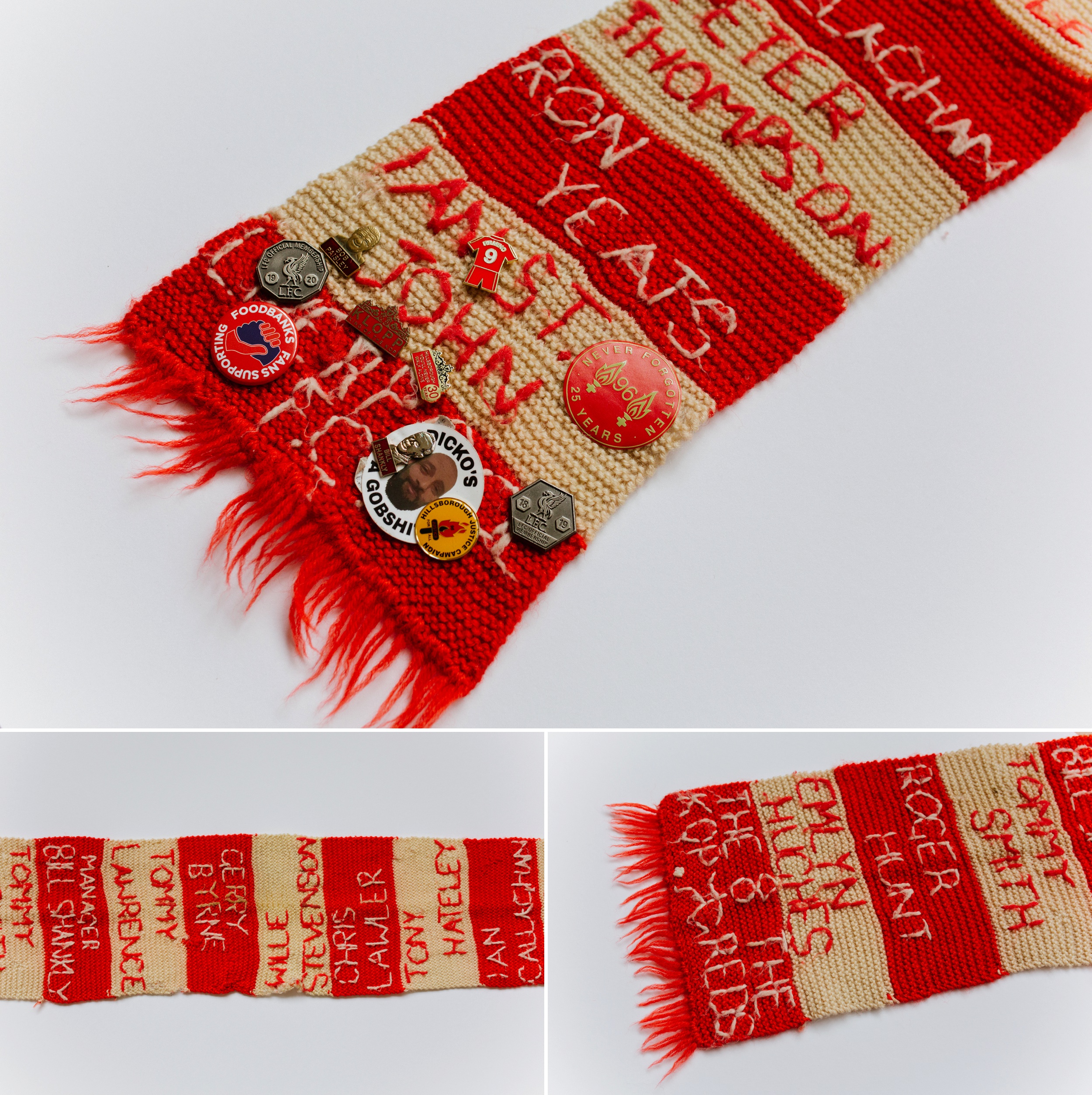 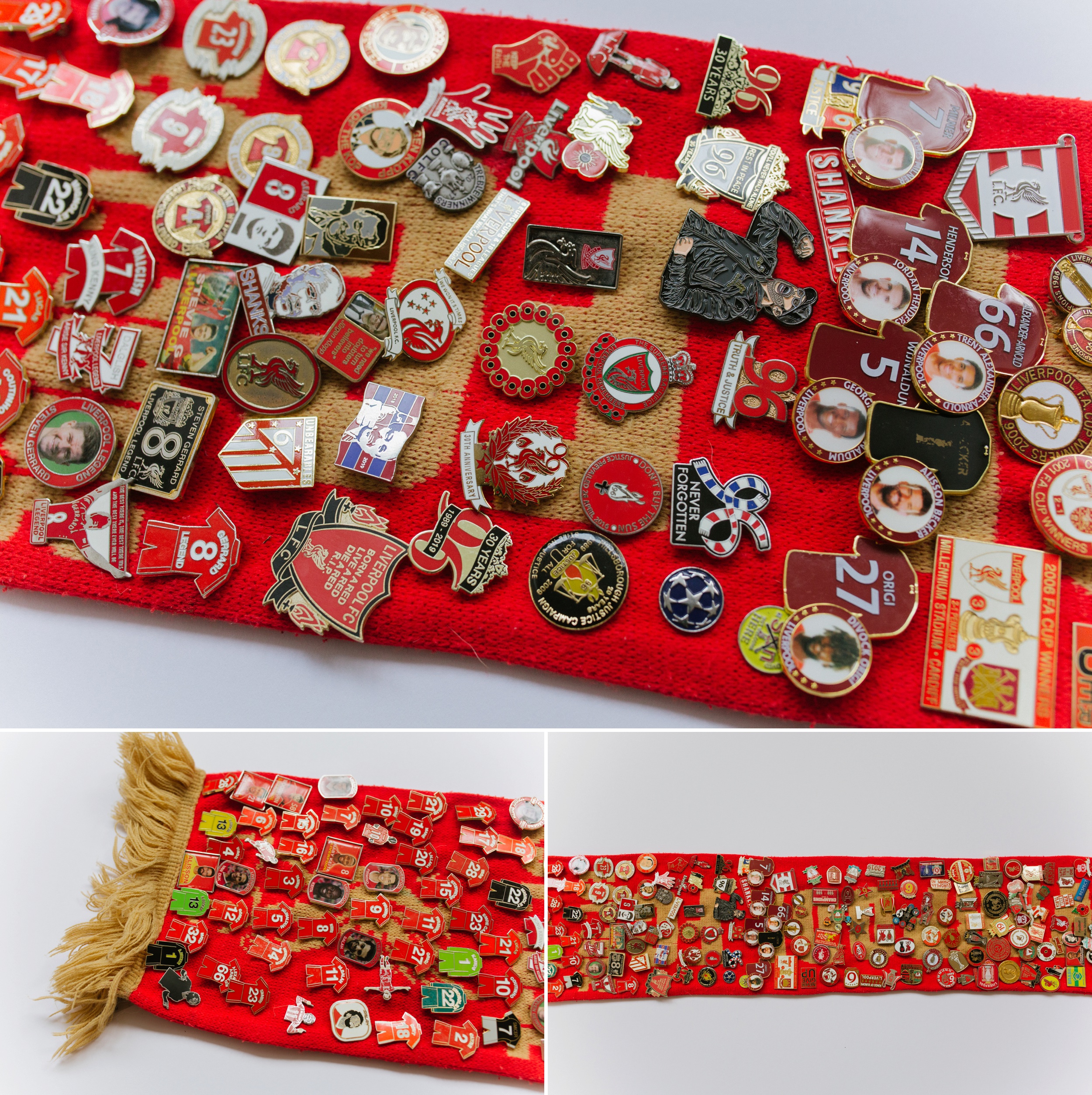 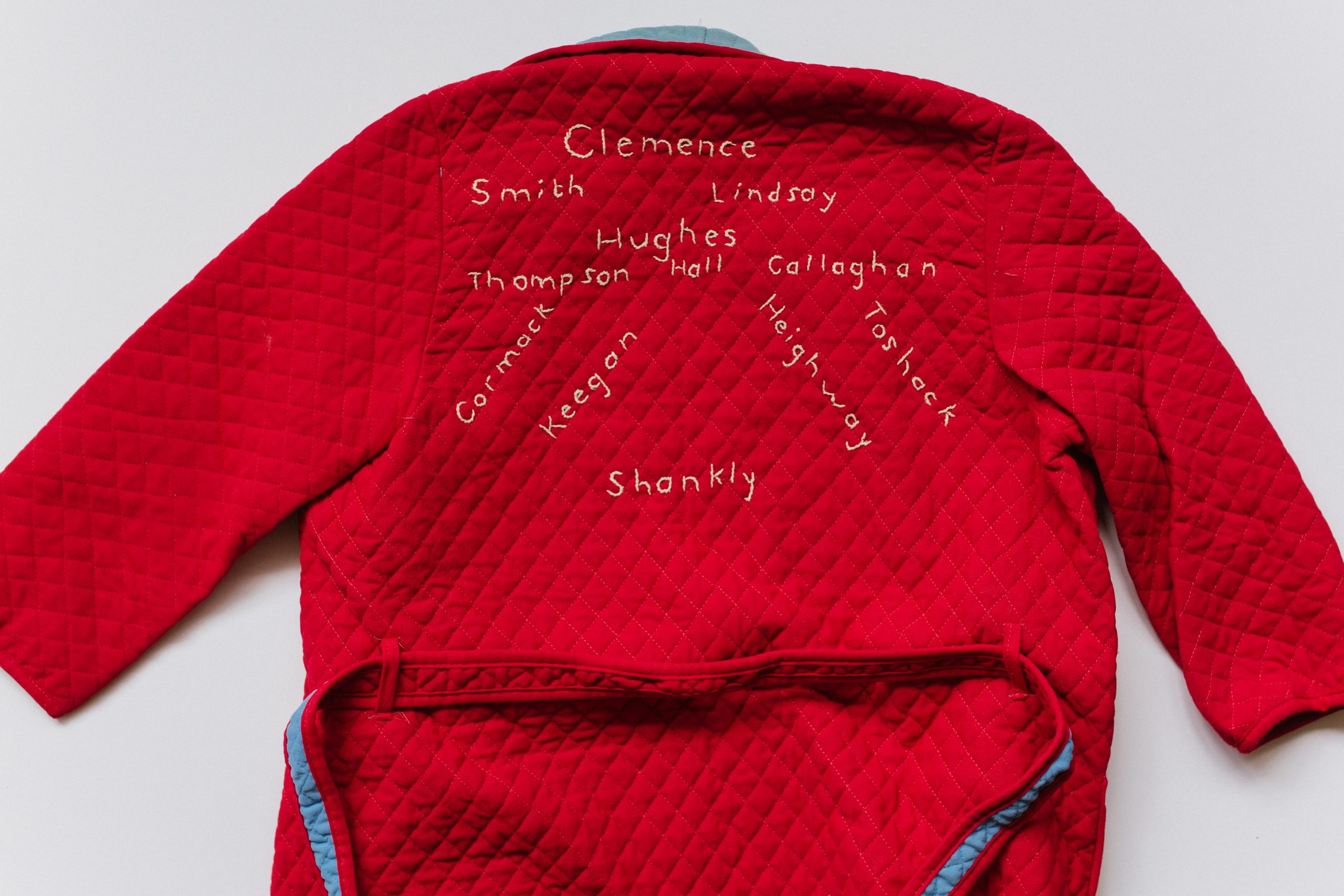 The scarf as it is, is ’67. Originally knitted a couple of years earlier but changed two names to Emlyn and Tony Hateley. The scarf has been to so many places it’s hard to remember all of them. The most recent away and one of the most memorable was in Madrid for the final I was so lucky enough to get a ticket for. I still wear it to the matches and get stopped many times with people commenting on it and I always have it nearby when watching the footy on the telly. It’s my most prized possession as it brings with it so many memories from my favourite era, the Sixties and Shanks. It did start off red and white but I’ve never washed it as it holds so many cherished memories. It was an honour to be approached by Dave Kirkby for it to be used in the recent no19 video.

In 2015, my brother, a life-long Red, passed away at the age of 50. My lad was devastated to lose his favourite uncle & was given this scarf at the ‘wear something red’ funeral service. Since then, the scarf has been proudly worn by the lad watching Liverpool home & away and badges added every single Anfield match day with the exception of a couple of Championship badges from over 30 years ago that are on the scarf. Reunited with old badge I got the 1990 Championship badge from my time when I would regularly stand on the old Kop but I gave that badge to a cousin who gave it to his sister who, in turn, gave it to her friend who, as it happens, 10 years later, I would marry at Roby church! A few years later we were going through old possessions and found the badge that I hadn’t seen for years. It now has pride of place on our son’s scarf.

In 1974 there was hardly any ‘official’ merchandise – Liverpool just didn’t sell any – so my mum went down to Brentford Nylons in St John’s Market and bought this red dressing gown. The night before the FA Cup Final she stitched the names of the team on the back and presented it to me the morning of the game. I was beside myself. It was the best thing I had ever owned. I wore it all day-even though that involved me wearing it for the two mile walk to my Uncle Ray’s house to watch the game on his colour TV.