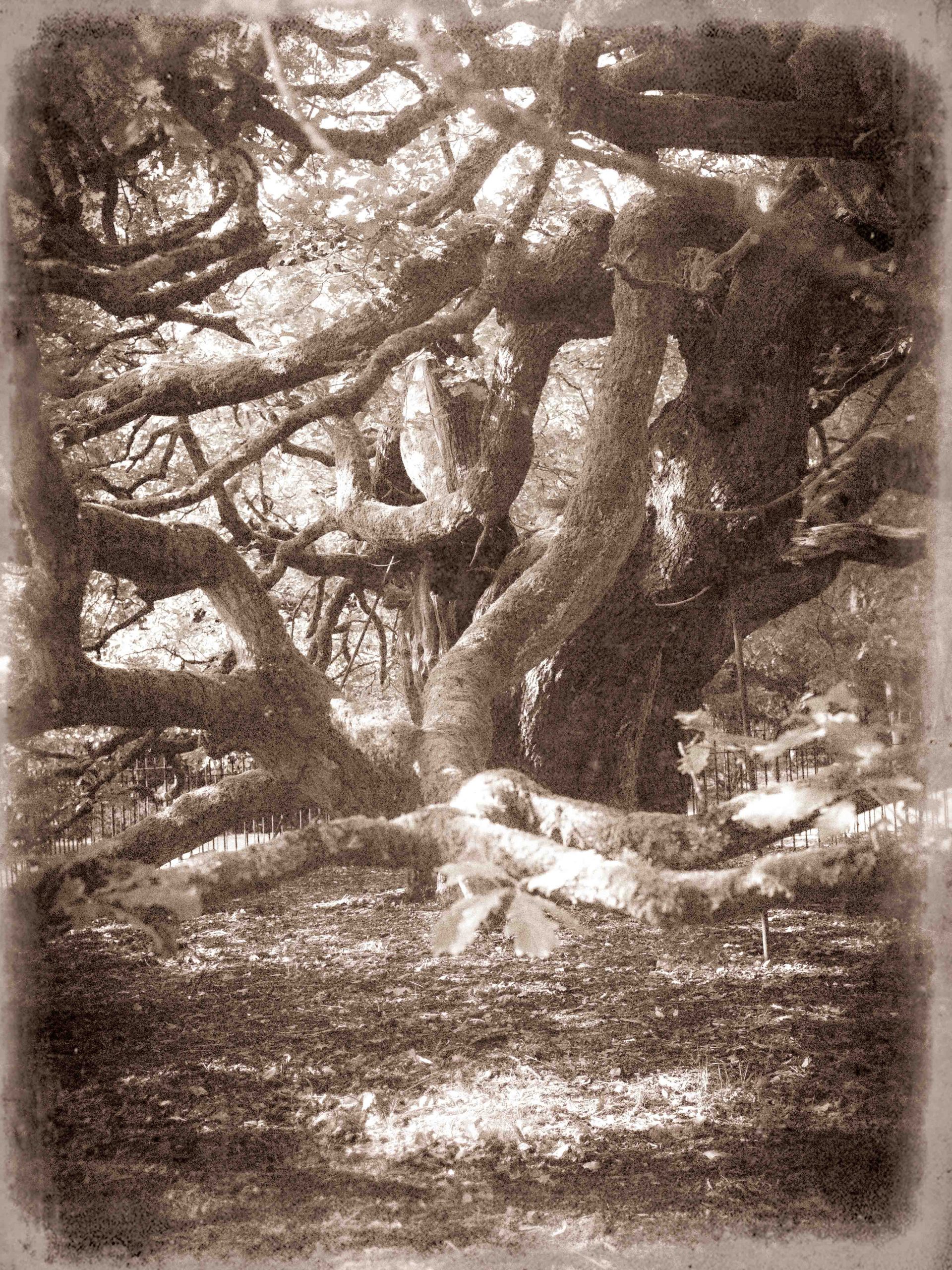 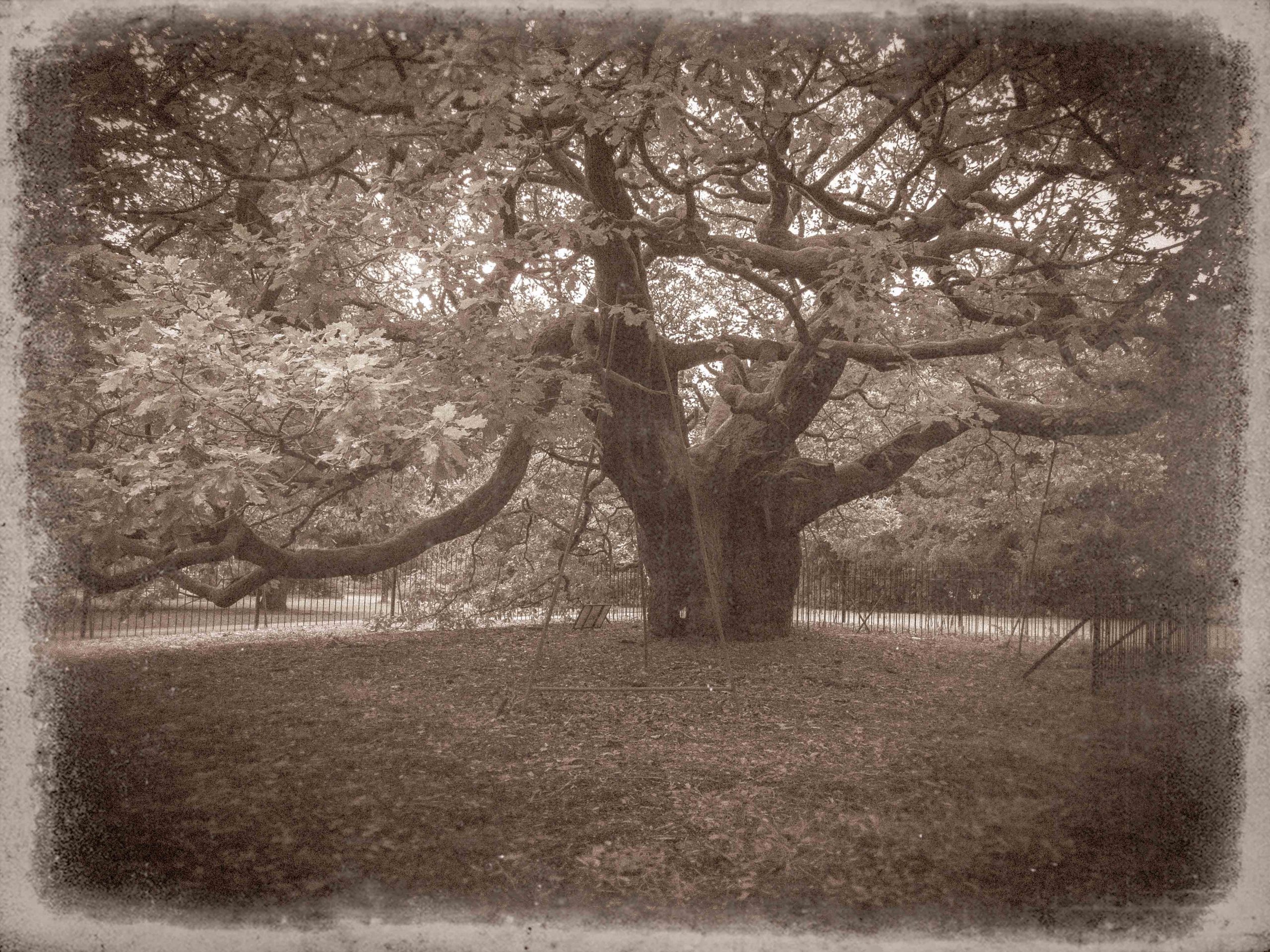 Within the grounds of Calderstones Park in Liverpool stands an ancient Oak tree, propped up with metal supports which hold up its immense heavy branches. Known locally as the Allerton Oak, is reputed to be 1000 years old, which would place it as a young tree at the time of William the Conqueror. Personally, I have known this tree for 49 years, man and boy, working as a gardener in Calderstones Park. For anyone who witnesses it, its is a wonderful sight and will soon hold its spell on you. The Allerton Oak is a sessile oak and has its own ecosystem. Its branches are covered in moss and lichens, it has ferns growing on it, birds nests in its many holes (we have seen tawny owls, great spotted woodpeckers, stock doves and spotted fly catchers); it is truly a haven for nature. Its branches are twisted and gnarled, but structurally it is a piece of living architecture. When I stand under its spreading branches, it has a real calming effect on me, almost soporiphic. One thing is certain, this ancient tree will still be standing proud for many, many years to come, and will definitely outlive me!