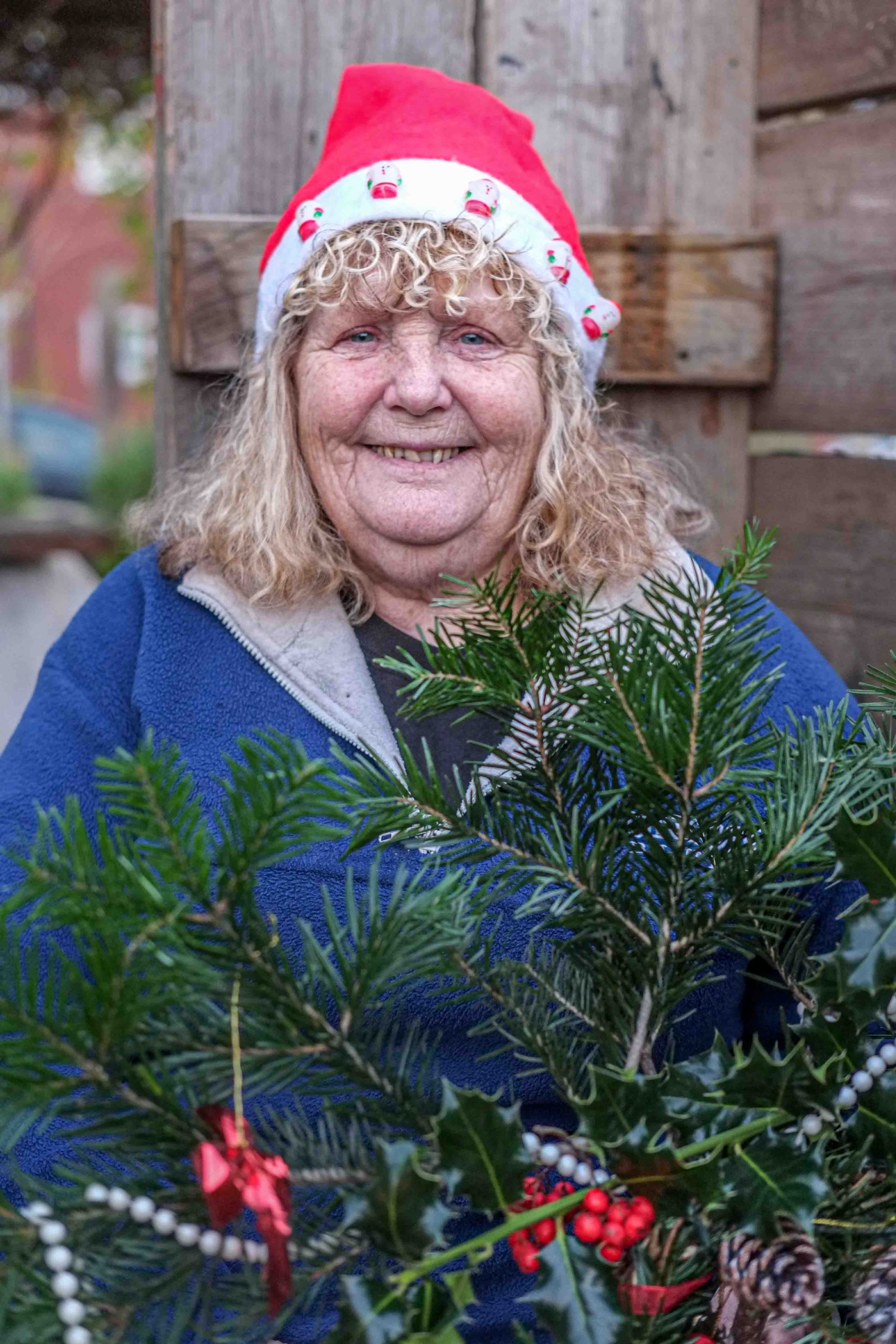 I love gardening. I’m a follower not a leader. Don’t ask me any gardening questions because I wouldn’t be able to answer. I just say to Hil, “what do you want me to do?” And away I go. I’m 70. I’m my husband’s carer. I’ve been married 3 times. I’ve had 3 kids and brought up 7. My husband comes with me- he’s epiletic. I can’t leave him on his own. I’d love another hobby- I just don’t have the time. We come here twice a week and more often than not, he’s had a seizure, so I’m just running around after him, making sure he’s okay.

We came here through blackmail. Eddy, he was a lay preacher, he used to come here. He died a couple of years ago. Ronnie wanted a reference from him, he had been under Eddy’s guiding light since he was little in the youth clubs. Eddy would take the kids out on holidays and youth work. Same as John, he remembers Eddy when he was little. He said I’ll do you the letter if you give us a hand down at the allotment. So he came home and said that ‘eddy is doing me the letter but as pay back I got to go do some community hours down at the allotment’ and that was 7-8 years ago and we’ve been coming ever since.

Yes, I definitely do feel like I’m making a difference in the community, especially in the summer when all of these things are starting to grow because I take them home and give them to my old neighbours. They love the cucumber, they love the rhubarb. The old lady next door, you could hear her screaming with delight when he took her rhubarb. You can hear it all over the street. So it’s nice to give something back. So, it was a nice blackmail.

When I’m home and I’ve got to get ready, I look out and I look at the rain and I feel like I’m obliged or obligated. When I get here that’s the farthest thing from my head. I love it when I get here. It’s just getting up and going. I love it here, it’s fantastic. It makes me get out and do stuff. It makes me feel good about myself. Now that Myra is doing the thing in the gardens, we might be given another day out to go and help her. So that’s another day out which is a bonus. It makes my life longer, doing stuff. Otherwise I’d just be sitting there doing nothing. It’s a good thing. I just wish I wasn’t so old. If I was a bit younger, I’d be at it for a bit longer and doing a bit more. All of this is starting to get into place now, it’s getting to where it should be. But time doesn’t stand still for anybody, unfortunately.