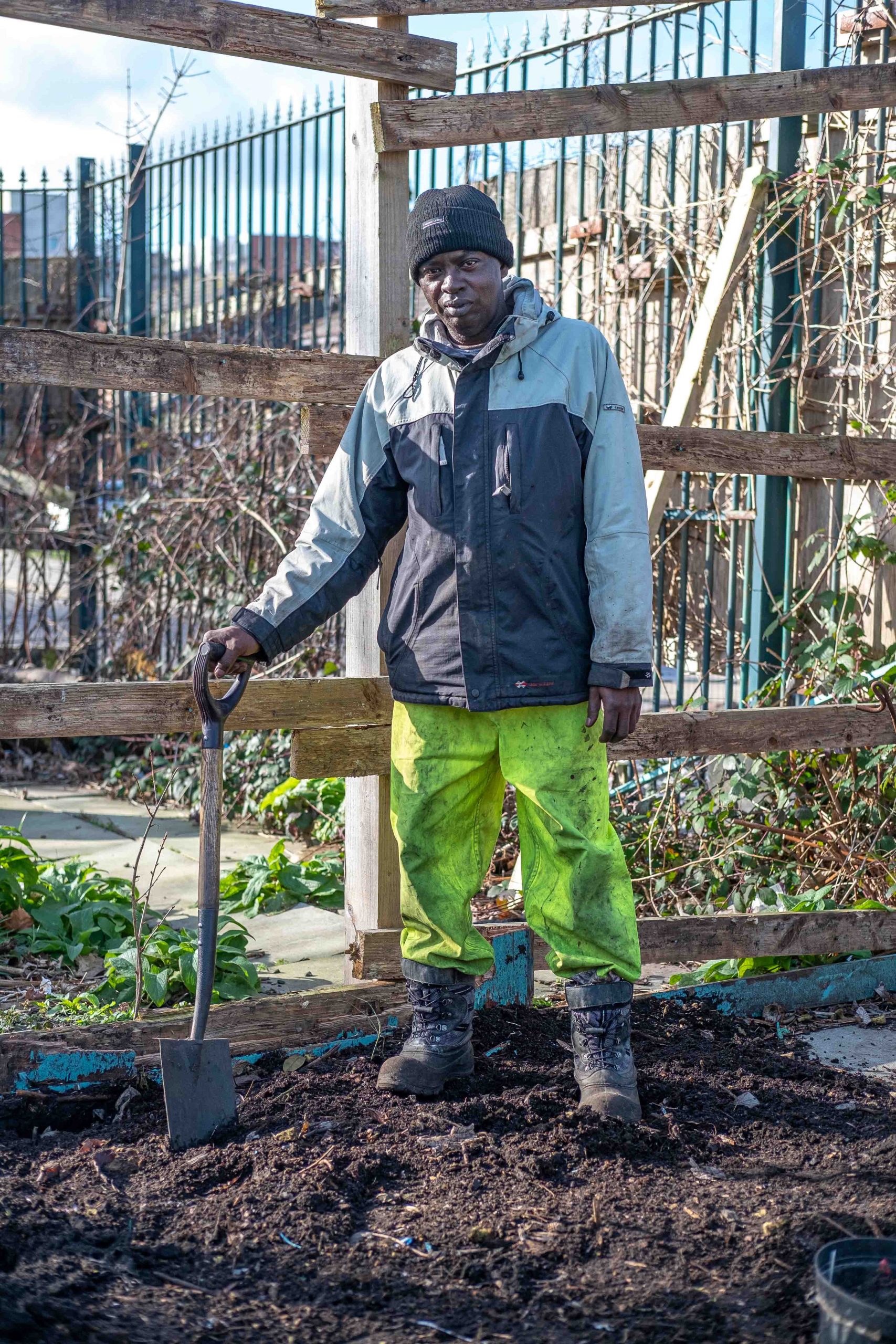 I’ve been a gardener since I came to Liverpool in 2016. I volunteer and I like the job because its like exercise, it makes you active and it’s also good to grow something and somebody benefits from it. You’re not the only people but others also. I like it, it’s very good to interact with nature, especially touching the worms and physically it’s very good. At first I found the weather to be so difficult but now I’ve gotten used to it because the longer you stay the more you get used to the weather. In Gambia, we used to grow Sogon, peanuts. If you check, Gambia is the main producer of peanuts. We have two types of peanuts. Everything in Africa, we have two types mostly: the one that grows earlier because the early crops always help local people when food is coming into shortage, so sometimes people need those kinds of early crops so that they can get them before the other ones. So we have two types of peanuts but they grow the same, but the first one grows faster than the other one. The other one takes time. I planted nuts here last year. Even pineapples. I’m just trying to see whether all those things can at least…peanut was grown here and it did flower but we had a problem because the weather started changing. We’re experimenting. So, I’m trying to grow different kinds of things to see whether they can survive. You never know.