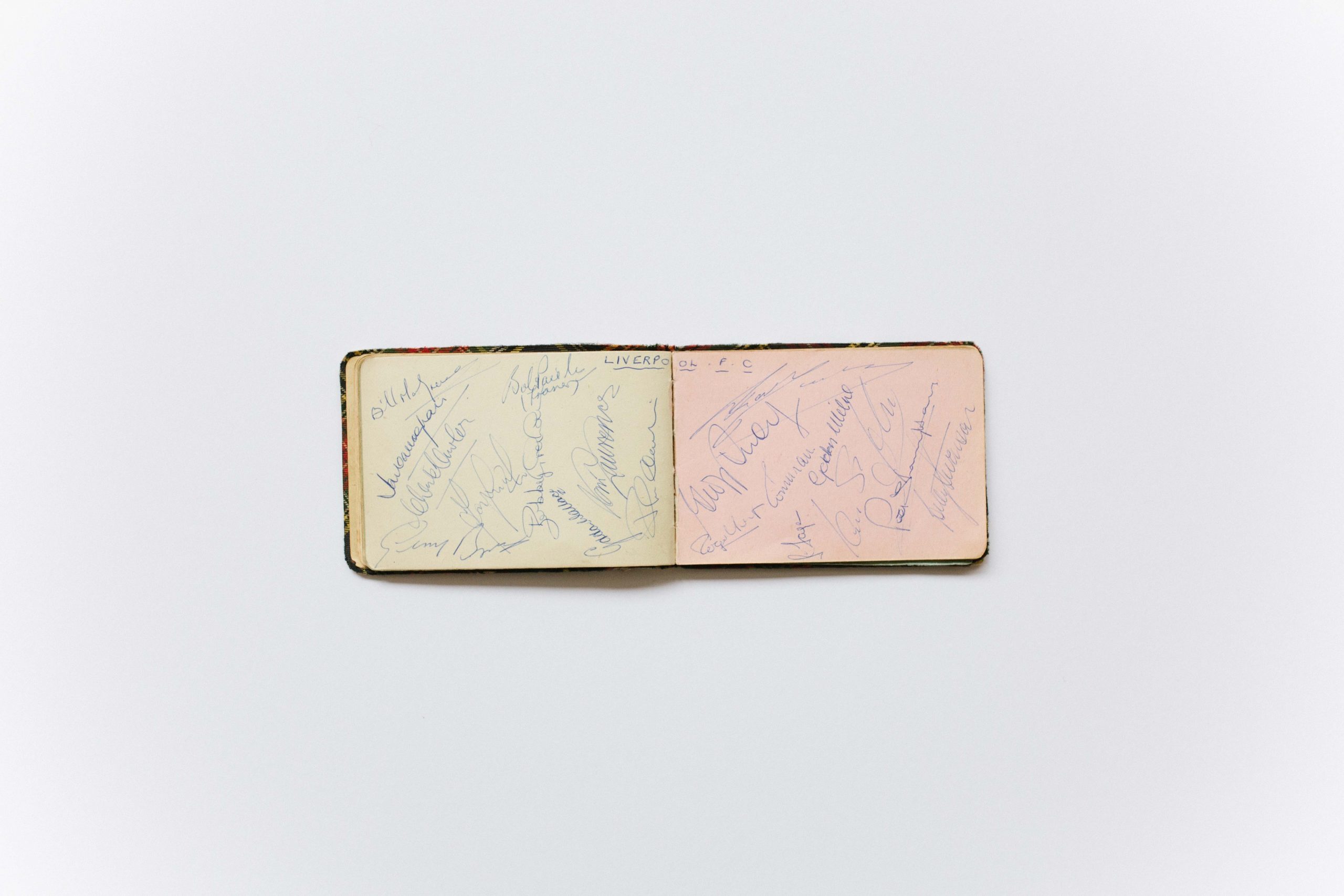 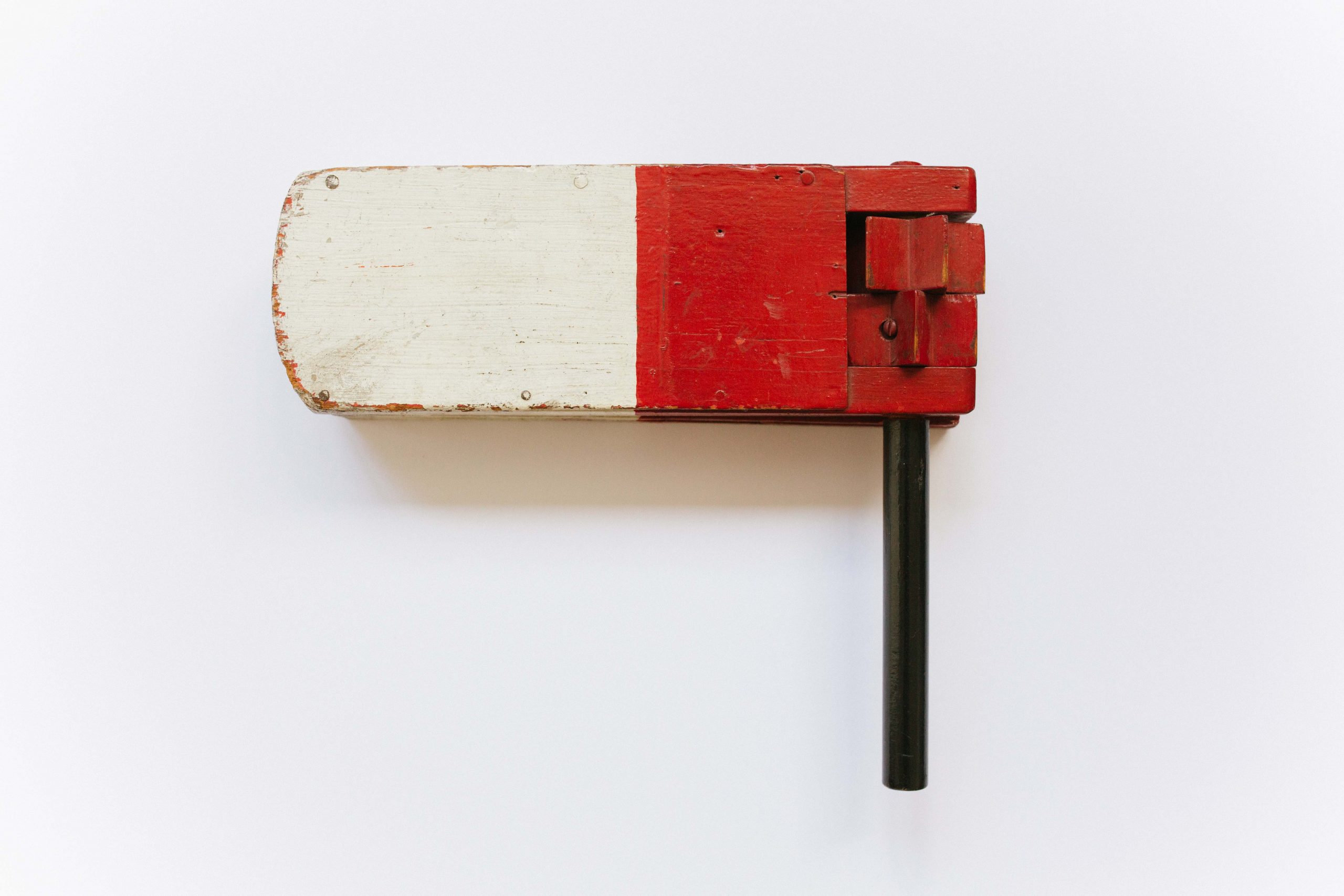 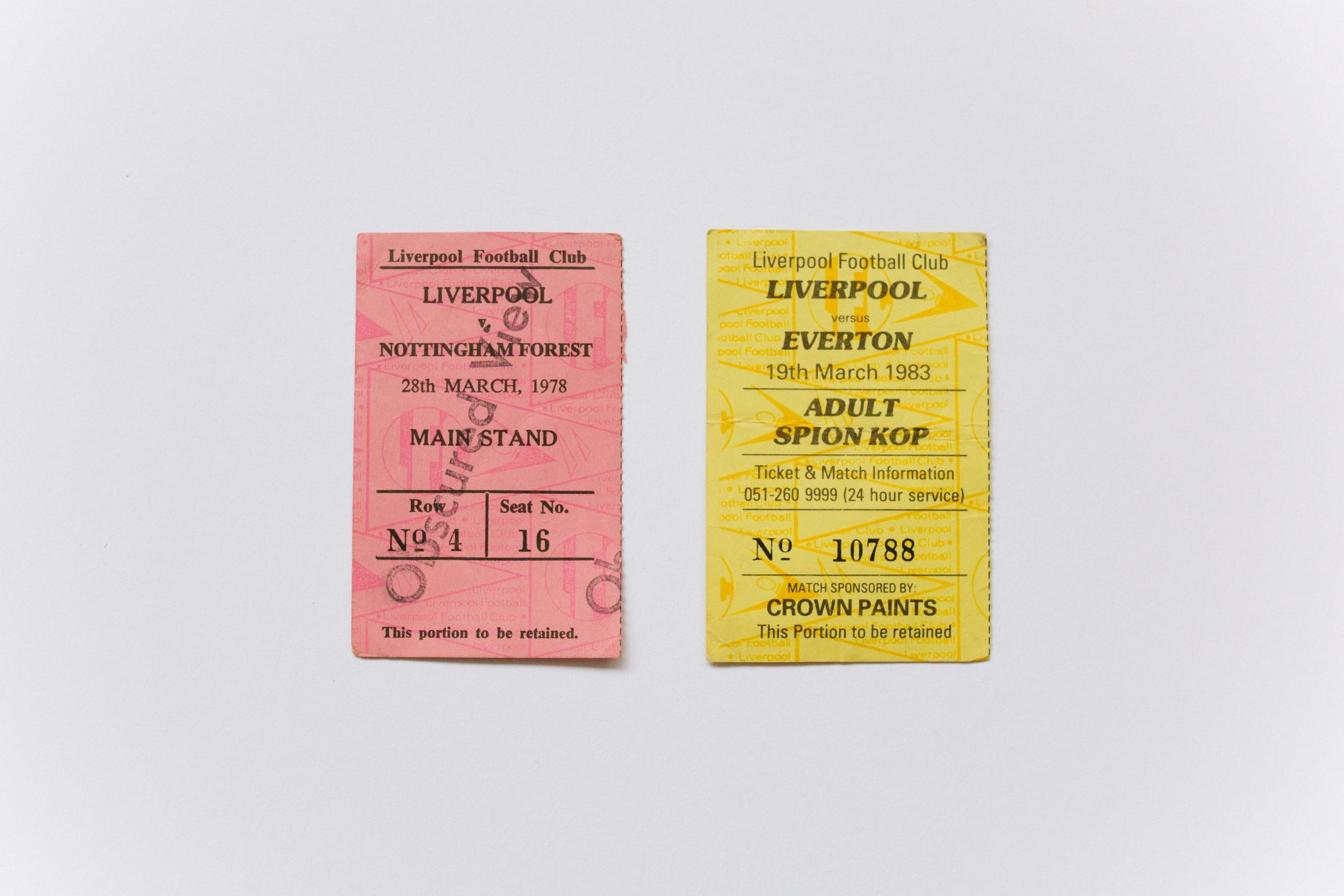 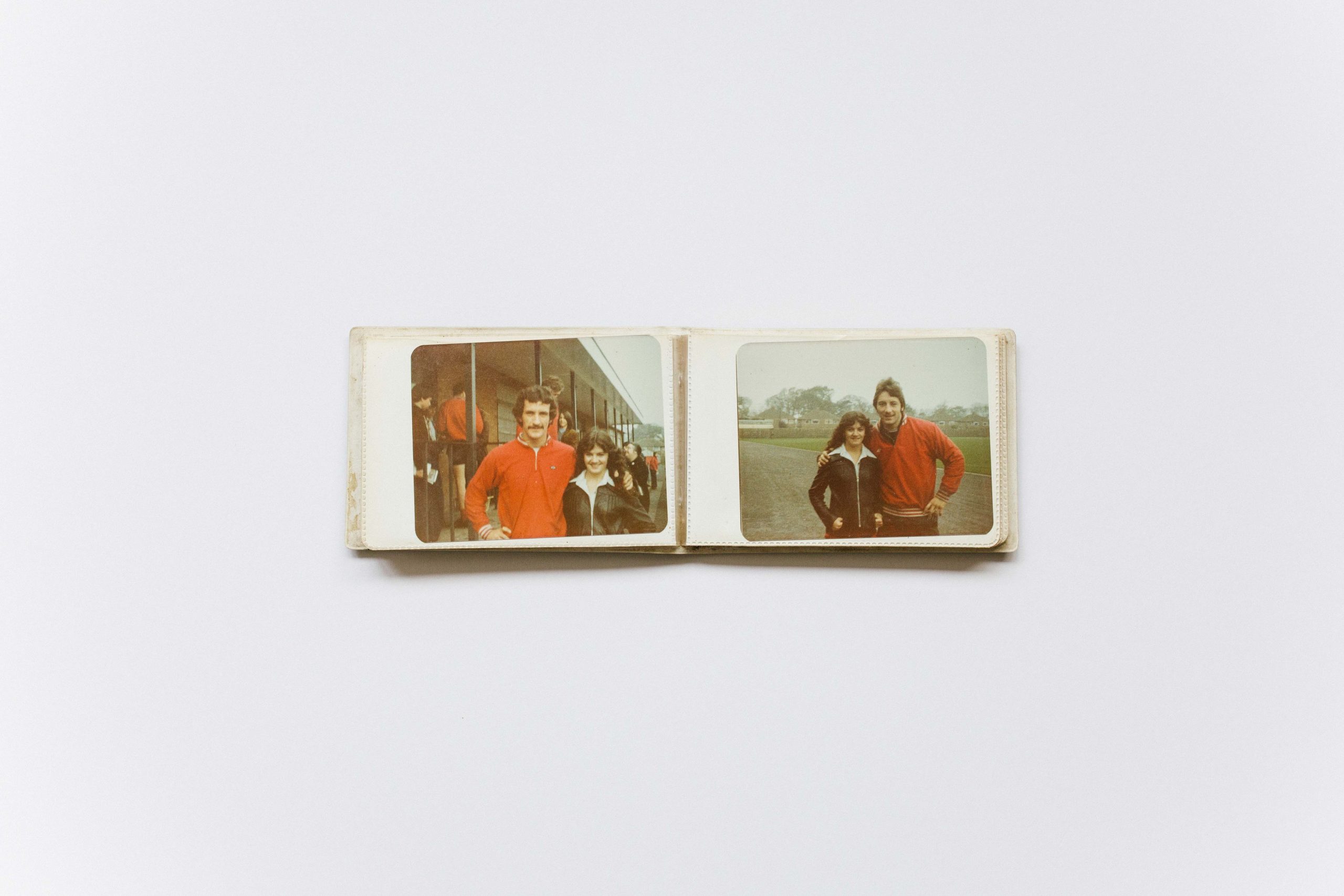 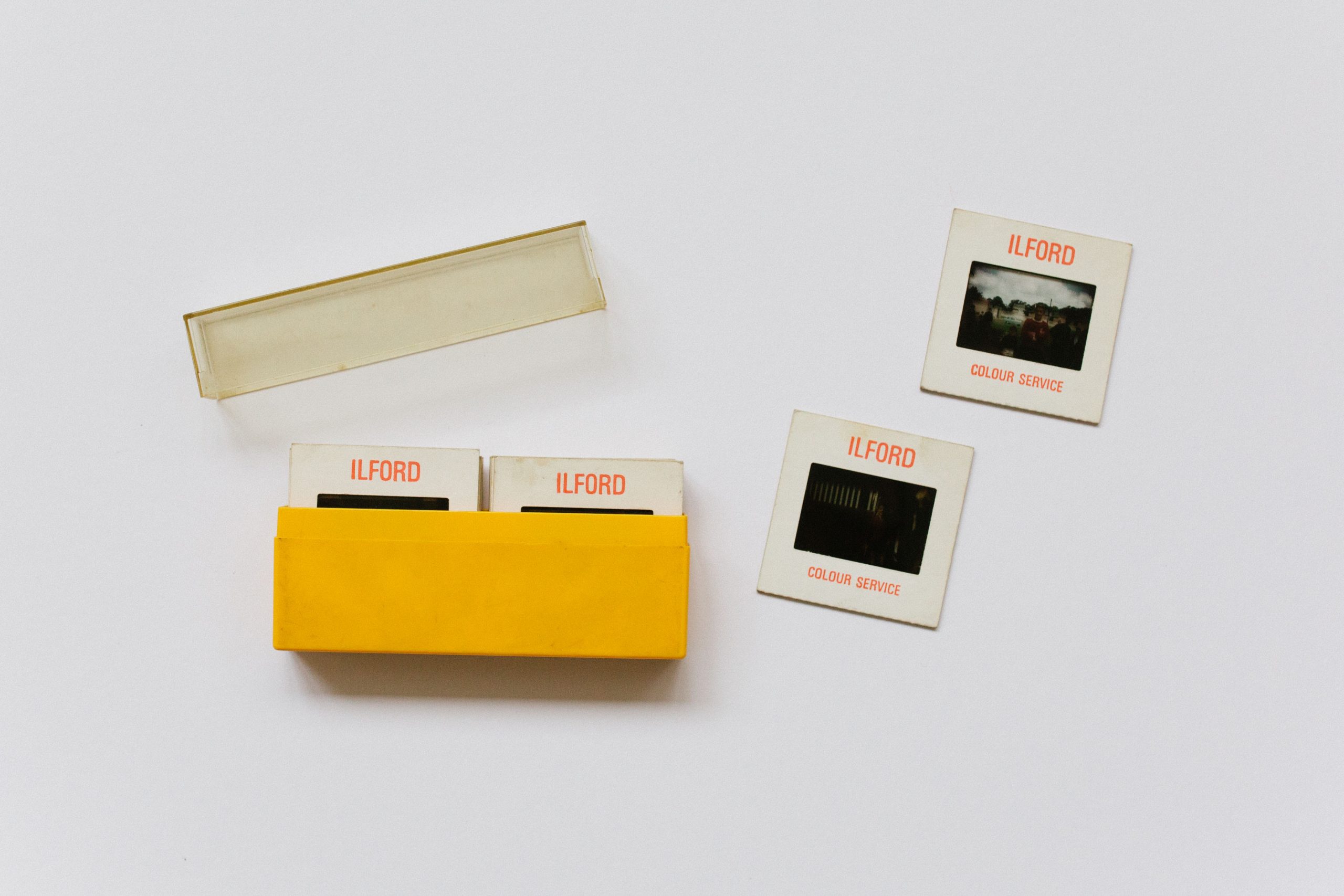 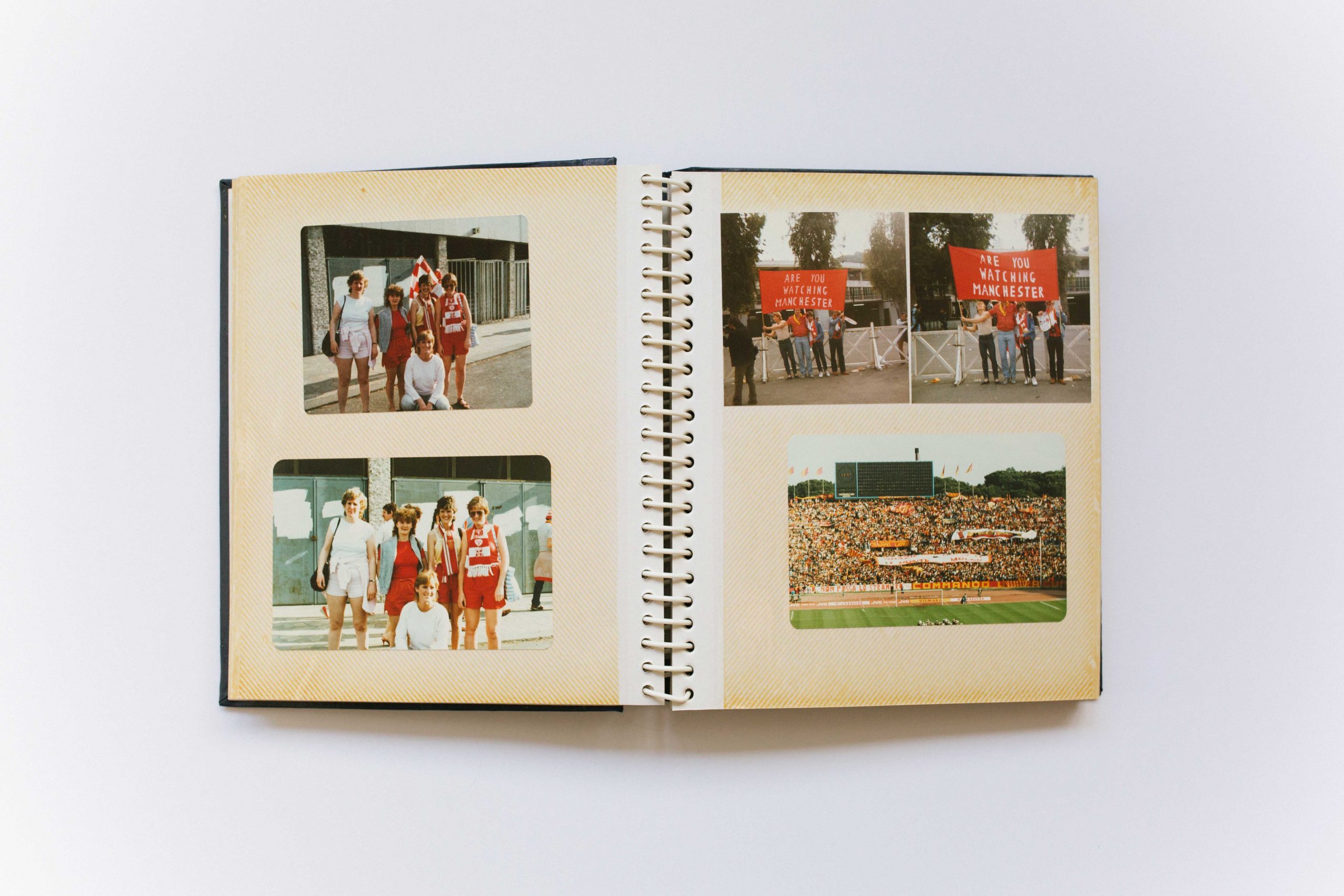 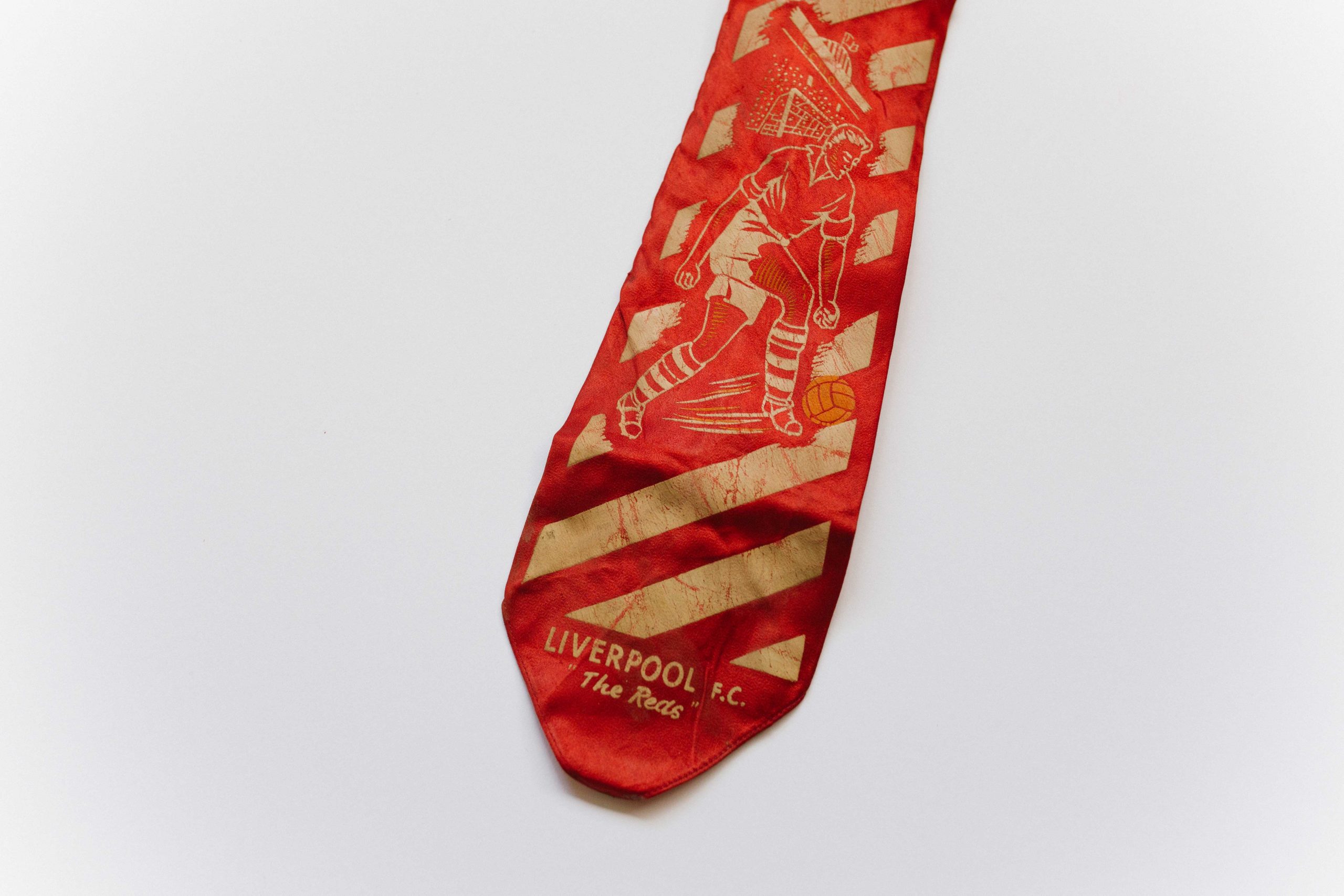 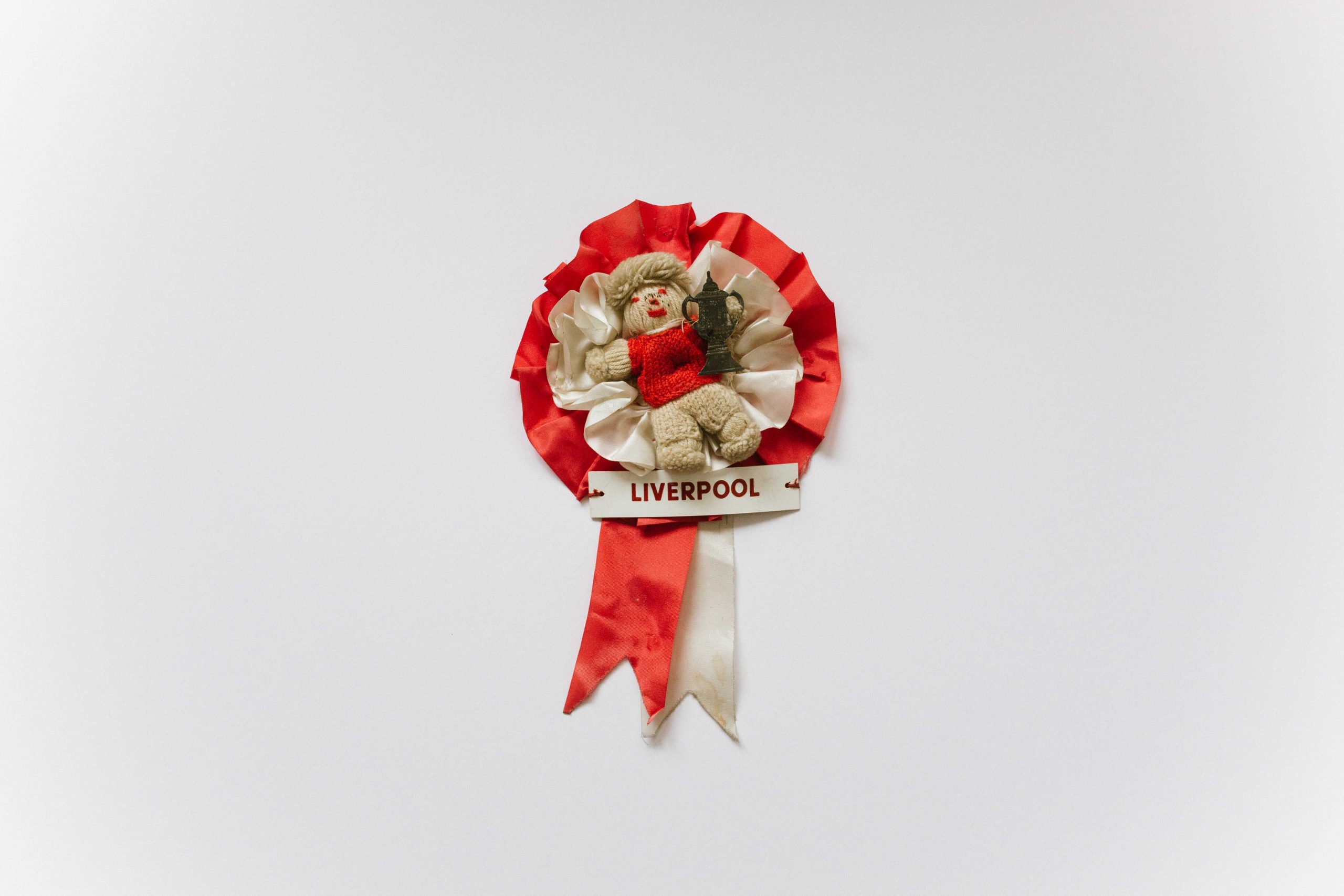 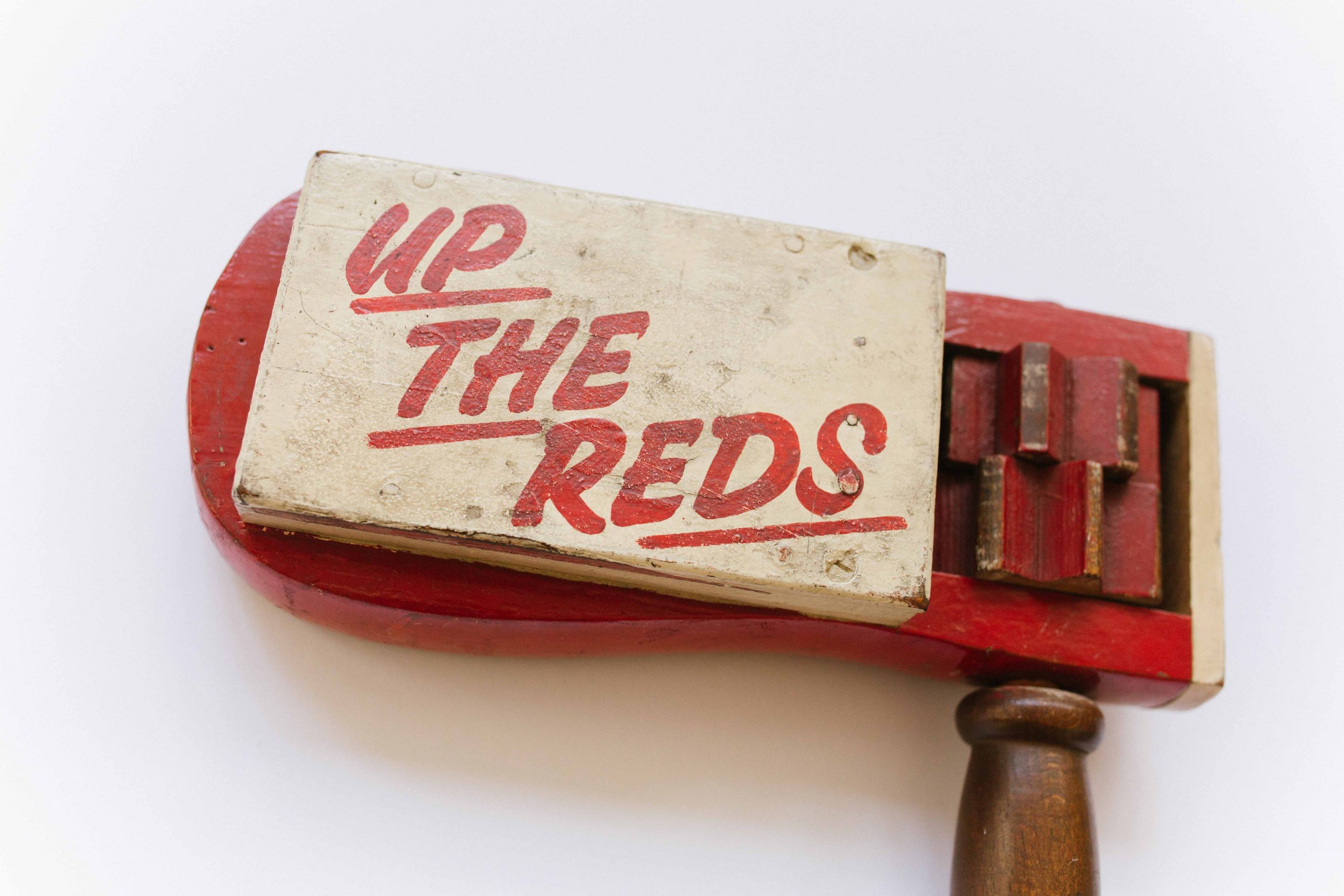 Autograph collection by Tommy Jordan. Another fond memory I came across whilst clearing out my Father’s house.

This rattle was a home made item, made by my Grandfather who was a Red all his life and lived only two doors away from our house. My mother used it so vehemently one time that she gave herself a cut above the eye. Yes-they could be classed as offensive weapons and it’s no wonder that they were eventually phased out during the 60’s.

Apart from bunking in five minutes before the end of the game, the cheapest way to see Liverpool was to get “Obscured View” tickets. All I remember is desperately trying to stick my head round the huge pillar right in front of me. In a strange way I’m glad it was 0-0.. because I wouldn’t have seen any of the goals anyway.

Wembley: as soon as we got through the semi-finals, the hunt would be on for tickets for Wembley. Every relative and neighbour was harassed and pestered until I found someone who’d let me have their ticket. Miraculously, it always seemed to work.

These tickets formed two of the four Milk Cup Finals we played at Wembley in a row. It was a staggering achievement. For the 1983 game I travelled in style. Unbelievable style. Paul, my best friend back then-and still my best friend now-had a sister. She had a boyfriend. He had a rich Dad. So rich, in fact, that he had a Rolls-Royce! We drove to London in the Silver Shadow with our scarves hanging out of the window. What a way to see the Reds beat Manchester United. The following year the journey was no less amazing. The seven o’clock Fans Special from Lime Street. Looking back, I can’t believe my mum used to let me go to the other end of the country on my own to watch a game. She did, however, lay down some ground rules. 1: I was to go straight to the game, even if it meant being there hours before kick-off. 2: I wasn’t to show my ticket to anyone apart from the stewards on the gate. 3: I had to safety pin my ticket INSIDE MY UNDERPANTS. I had no issue with 1 or 2 but 3 presented quite a few problems as I shuffled around with my hand in my pants, trying to undo a safety pin to retrieve my ticket while the bloke on the turnstile looked on in horror. He asked me to rip the stub off, rather than him doing it. I can’t think why…

I have many fond memories of Melwood. Living on theOld Cantril Farm estate it was only a short walk away. It was practically my 2nd home as in the early days you could just walk in.

These photographs were taken by my dad, Tommy Jordan, at Melwood in the 60’s. Luckily I came across the slides when I was clearing out his house. An avid LFC supporter and season ticket holder.

The silk tie, which sports the Liverpool player and marked 1949-50, was basically designed with the FA cup final in mind, and was worn by my elder brother for the game against Arsenal at Wembley, but no luck to accompany it with, as Liverpool lost 2-0.

The rosette with the knitted man and FA cup was another relic from the 1950 FA cup final against Arsenal and was worn by my Mother for that game. She renewed the ribbons in time for the next FA cup final in 1965 against Leeds at Wembley where she wore it yet again, this time bringing her luck with the Reds winning 2-1 to clinch their first FA cup.

This rattle was a leftover from World War 2 and was my Dad’s A.R.P. warden’s rattlethat would be used in a possible gas attack to warn people to put on their gas masks.My elder brother worked in the advertisingdepartment of Lewis’s store, Liverpool,and worked half day on a Saturday, as did most businesses in those days. On themorning of the FA cup tie with Everton in January 1955 he asked one of the artists topaint the rattle and after finishing work went straight to the game, the paint beingbarely dry. However, it brought him luck as Liverpool ran out 4-0 winners and therattle has remained in those colours to this day as a memento of that occasion.